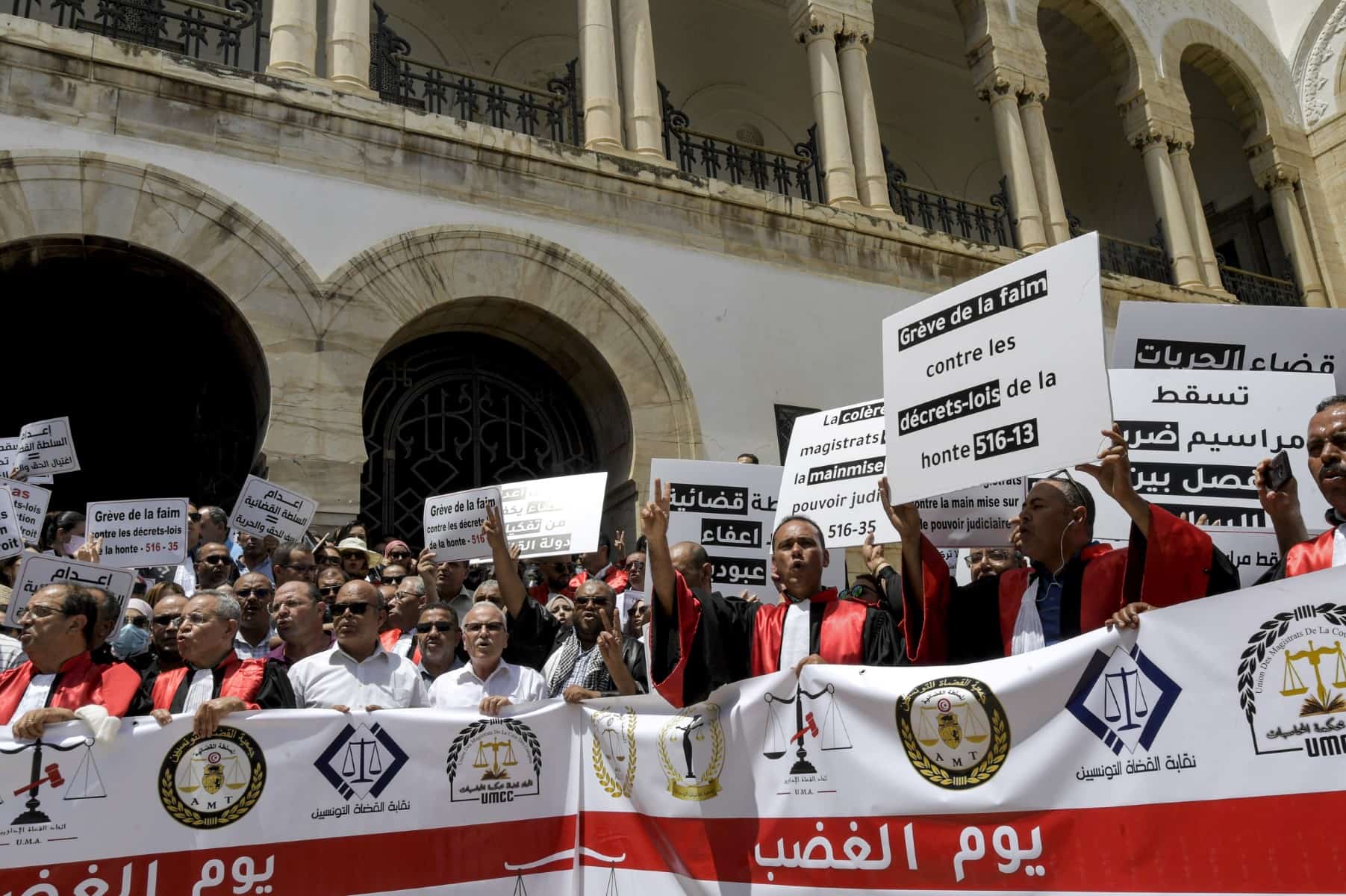 Manu Tunisians have warned that he is targeting political rivals and dragging the country back towards autocracy. (AFP)

The Tunisian jurist who oversaw the drafting of a new constitution submitted his resignation to President Kais Saied Sunday and said it has been changed into a charter that could lead to a dictatorship.

Some articles of the draft constitution published last Thursday in the official journal could “pave the way for a dictatorial regime”, warned Sadeq Belaid, who headed the committee, quoted by Assabah newspaper.

“It has nothing to do with the text we drafted and submitted to the president,” the top jurist said, withdrawing his support.

Belaid, contacted by AFP, confirmed he was distancing himself from Saied.

In July last year, Saied made a dramatic power grab, which many have denounced as a coup, sacking the government and freezing parliament.

Since then, Saied has moved to rule by decree and extended his powers over the judiciary and the electoral board.

Some Tunisians welcomed his moves against the sclerotic system that emerged from the country’s revolt which had toppled dictator Zein El Abidine Ben Ali in 2011.

But others have warned that he is targeting political rivals and dragging the country back towards autocracy.

The constitution for a “new republic” is at the center of Saied’s program for rebuilding Tunisia’s political system.

The president plans to hold a referendum on the constitution on July 25, to mark one year since his power grab.

It allows him to carry out “executive functions with the help of the government”, whose chief would be appointed by the president.

The president would also head the armed forces, name judges, and the draft constitution waters down the role of parliament.

He specifically points to one article, which he said carries an “imminent danger” because it would give the president “very wide powers… that could lead to a dictatorial regime”.

“That is why, as head of the national constitution committee… I declare, regretfully and in true conscience… that the committee has nothing to do with the document that the president” will submit for approval in a referendum, Belaid added.