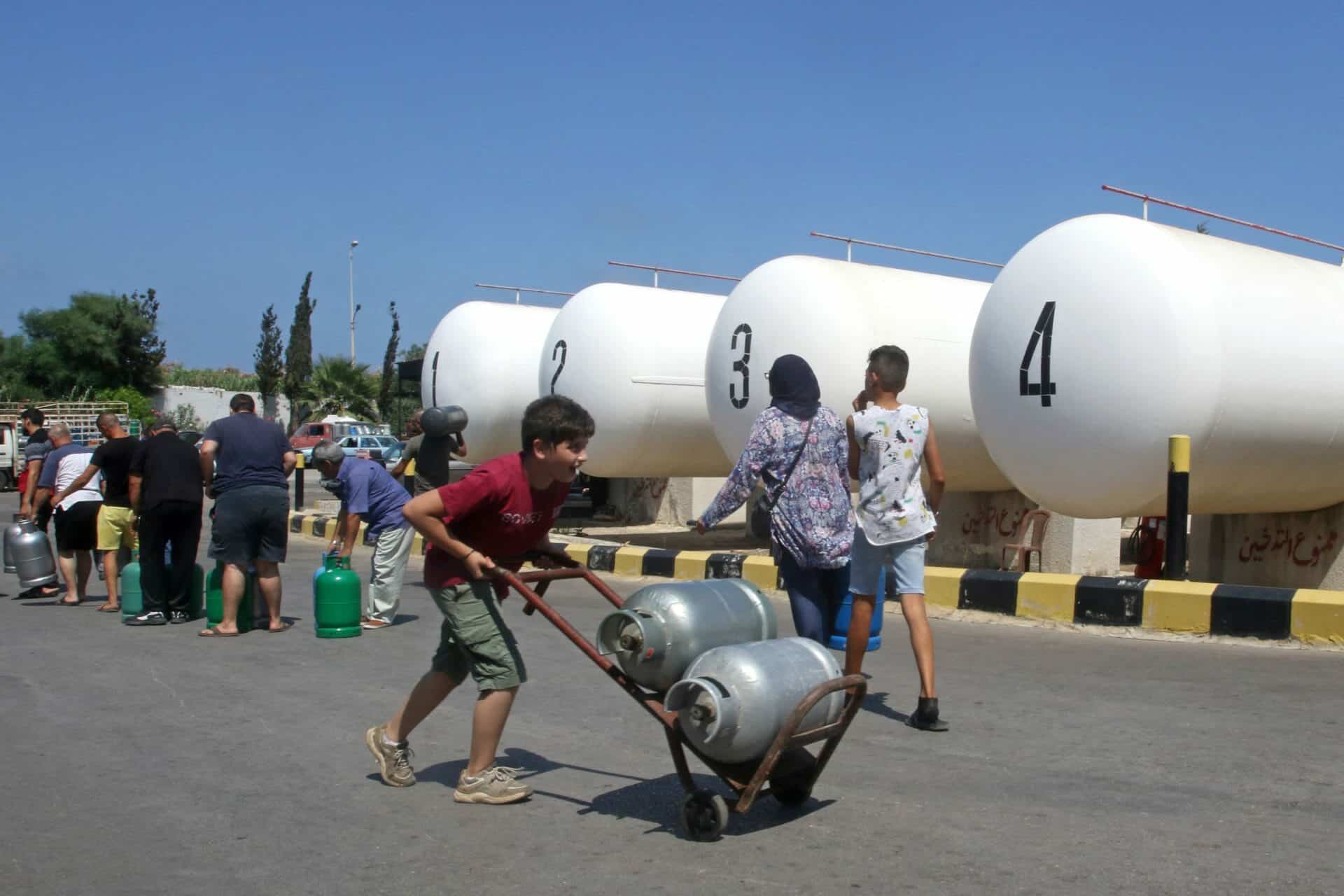 Lebanon is looking to international aid to battle its worst-ever economic crisis. AFP

Lebanon is in the news again, and not for good reasons. The recent Pandora Papers allegations that former Prime Minister Hassan Diab and current Prime Minister Najib Mikati owned offshore companies in several countries and evaded tax may jeopardize Lebanon’s bid to get international funds.

The country is already reeling under the impact of its worst-ever economic crisis, shutting down of power stations due to fuel shortages, Covid-19 pandemic and the explosion last year at Beirut’s port. There seems to be no light at the end of the Lebanese tunnel as the Pandora papers further highlight the state of corruption among the political class.

The investigation by the International Consortium of Investigative Journalists (ICIJ) came when the local Pound is collapsing and the poverty rate is rising every day. Lebanon came in first with 346 corruption cases despite official denials.

This comes at a time when official authorities are seeking the International Monetary Fund and donor country aid and grants to prevent the economy from collapsing, especially given the difficulty of securing difficult work.

When Hassan Diab stepped down as Minister of Education, Pandora’s papers revealed that he was one of the owners of a fictitious company in the British Virgin Islands with the goal of “public trading and consulting”. Diab served as the Minister of Education from June 2011 to February 2014 under President Michel Suleiman. He was appointed by President Michel Aoun in 2019 to succeed Saad Hariri.

The current prime minister, Najib Mikati, is the owner of the “Hessville Investment Company,” a Panama-based business founded in 1994. He also owns a property in Monaco, which was purchased for over $10 million.

The “Trident Trust” company was the largest among the 14 sources of leaked Pandora files, with a total of about 12 million documents, and Lebanon was first in terms of registering individual companies in tax havens, with nearly 3 million papers leaked.

Many people are now questioning the legitimacy of the Pandora documents, and economist Louis Hobeika stated that it is impossible to verify its legality, especially since corruption cases in Lebanon have been widely reported for years without being investigated.

During an interview with TRENDS, he said the journalistic investigation of the Pandora files “can be inaccurate”.

But, he added, the journalists who participated in it are considered to have great credibility globally, which lends credence to the figures published.

But how does the international community look at the Pandora documents, especially since Lebanon is awaiting foreign currency aid, and Mikati has pledged to tackle corruption and alleviate the country’s economic crisis?

In summary, Hobeika believes that “locally, public dissatisfaction with officials has increased, but internationally, aid is flowing to Lebanon and the Lebanese, not to political individuals.”

International sanctions resulting from Pandora documents are, therefore, are unlikely, Hobeika said. However, sanctions can only target specific individuals.

Paul Morcos, a legal expert and the head of the Justicia Foundation, told TRENDS that the Pandora files cannot be relied upon as an official document in local or international courts. At best, these can be a starting point for opening investigations. But conviction needs more substantial evidence of illegal activities.

Offshore companies are legal and were established to reduce the tax burden on some companies that require foreign branches.

What raises concerns are companies that have no legal or economic need for being offshore, according to economist Jassem Ajaka. He believes that Panama Papers are more dangerous than Pandora, mainly because they include people unrelated to politics and economy, with limited incomes, such as schoolteachers or media presenters.

Ajakta told TRENDS that Pandora files are simply company documents that include names, but there is no evidence to convict any of the individuals mentioned.

According to the investigation published by the ICIJ, over two-thirds of the offshore companies were located in the British Virgin Islands. In addition, many high-profile individuals, including the Lebanese and Czech leaders, have been accused of hiding millions of dollars in financial assets through offshore companies to evade taxes.

About 600 journalists worldwide contributed to the investigation, which was dubbed “Pandora’s Documents.” The research used more than 11 million documents obtained from 14 financial services firms and shed light on over 29,000 offshore companies.

It’s essential to keep in mind that while these transactions may not be for illegal commercial purposes, they are frequently used to avoid paying taxes. Unfortunately, most countries do not have laws that penalize such behavior.

In 2016, the International Consortium of Investigative Journalists ICIJ (which also published the Pandora files) published more than 11 million digital papers leaked from the Mossack Fonseca law firm in Panama. As a result, at least 150 investigations have been opened in 79 countries into tax fraud or money laundering cases.

Panama has since undertaken a series of reforms to strengthen banking supervision, punish tax evasion with imprisonment, and share information with the Organization for Economic Cooperation and Development.