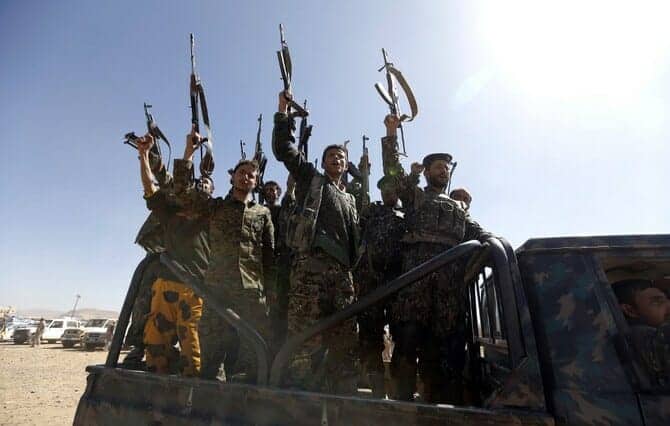 The US has issued a swift condemnation of the latest Houthi attack on Saudi Arabia with a ballistic missile and three explosive-laden drones. It has called on the Iran-backed militia to cease its military action and commit to a ceasefire that could end the conflict in Yemen.

“We condemn the Houthi attacks on Saudi Arabia following the calm over Eid Al-Adha. The Houthis must stop their destabilizing actions and commit to an immediate, comprehensive ceasefire to help end the Yemen war. Time to return to negotiations and end the conflict,” the US government agency posted on Twitter.

Tim Lenderking, the US special envoy for Yemen, earlier emphasized the importance of resolving the conflict in the war-torn country.

“The US is in this effort to help Yemen truly turn the corner toward peace and security. A ceasefire is only one step. We must continue to build from there,” the envoy said during one of the forums on Middle Eastern security.

Yemeni government troops and allied tribesmen, backed by Arab coalition jets, on Sunday repelled the “biggest and most fierce” Houthi assault of Marib since February.