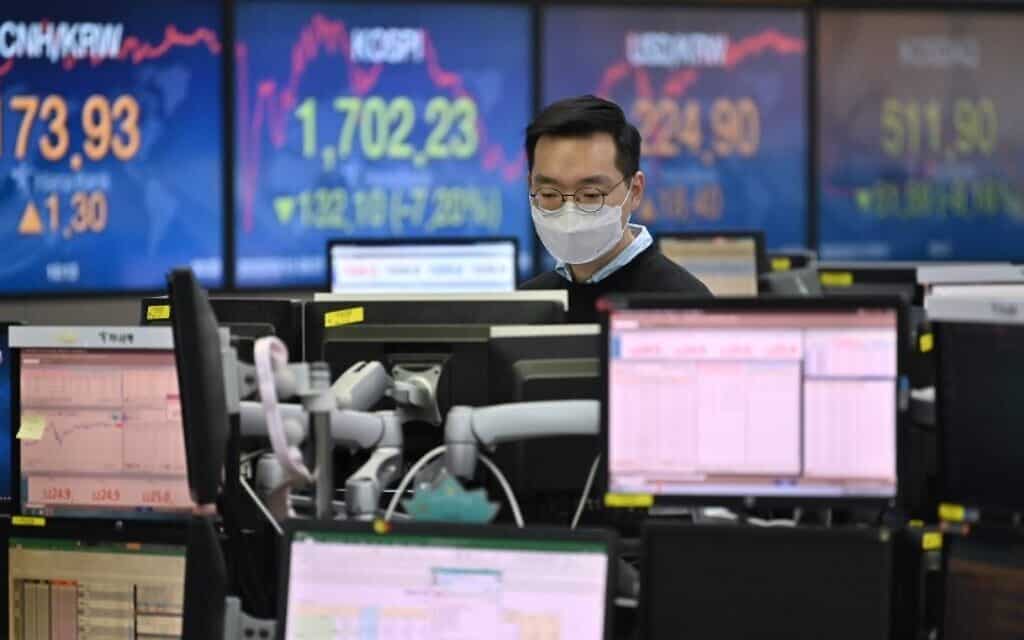 Asian markets mostly fell Monday with fears about renewed containment measures to battle a surge in European Covid cases adding to growing speculation that central banks will have to tighten monetary policy quicker to tame a spike in inflation.

Oil extended losses as major consumers including the United States considered releasing some of their reserves to keep a lid on prices, which have been a key reason for the jump in inflation this year.

While the Nasdaq ended at a new record above 16,000 for the first time, the S&P 500, Dow and European markets provided a negative lead after Austria said it would reintroduce lockdowns — and make vaccination mandatory from February — to fight a worrying jump in new infections.

Other countries including Germany, Slovakia, the Czech Republic and Belgium were also bringing in measures.

“This of course is not just an Austrian story, Covid infections are rising at an alarming rate around Europe with other EU governments also introducing restrictions with the risk that they may also need to follow Austria’s drastic measures,” said National Australia Bank’s Rodrigo Catril.

The announcements added to the downbeat mood on trading floors with investors expecting central banks to continue winding back the ultra-loose monetary policies put in place at the start of the pandemic and which have been crucial to the global recovery.

Top Federal Reserve officials have indicated they would like to see the bank bring its vast bond-buying programme — known as quantitative easing — to an end quicker than earlier flagged, in order to fight inflation at a three-decade high.

“What we are likely to see this week is more Fed members socialising that idea of a more rapid QE taper,” Jason Schenker, at Prestige Economics, told Bloomberg Television.

“If that idea gets out there and is repeatedly underscored, that will increase the probability that the tapering that’s announced in December will be quicker than the pace that was announced early in November.”

In early trade, Tokyo, Hong Kong, Sydney, Wellington, Taipei, Manila and Jakarta were all down, though there were gains in Seoul and Singapore.

Shanghai also rose as analysts speculate that the central People’s Bank of China could unveil some easing measures to kickstart growth in the world’s number two economy, despite a surge in prices in the country.

On oil markets, both main contracts fell again — having tumbled Friday on new Covid fears — as the United States, China and Japan weighed plans to tap their own stockpiles to help battle inflation.

The discussions come after WTI crude last month hit a seven-year high above $80 on rising demand and limited supplies.