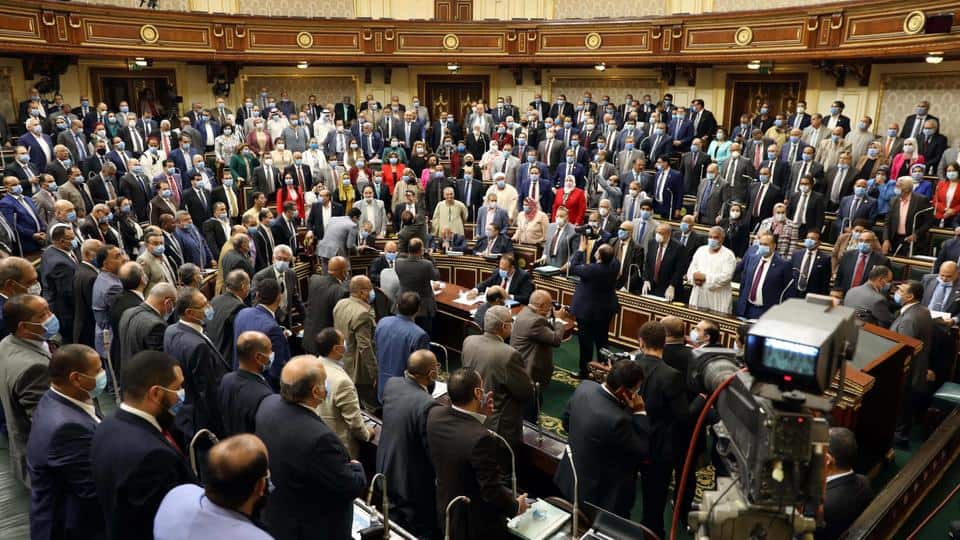 Egypt’s parliament on Monday authorised the dismissal of public workers listed as government opponents and “terrorists”, after a string of deadly rail accidents blamed on the Muslim Brotherhood, lawmakers said.

The legislation stipulates that all public employees proven to have “failed to meet their duties, as part of a bid to harm public services or the economic interests of the state” will be sacked.

Being named on a list of “terrorist” elements compiled by the authorities, ranging from Islamists to liberal opponents, would be grounds for dismissal, lawmakers said.

The legislation, which has been ratified and awaits presidential approval, targets “civil servants (belonging to) the Muslim Brotherhood” and other “terrorist elements” of the state apparatus.

In recent months, Transport Minister Kamel al-Wazir has sought to blame a series of deadly rail accidents on sabotage carried out by public sector workers belonging to the Muslim Brotherhood.

A rail crash in the Nile Delta in April killed 23, while a collision in March in Egypt’s south killed 20, according to authorities.

Poor infrastructure and shoddy maintenance had previously been cited as the main cause of such accidents.

The Muslim Brotherhood was founded in 1928 and has been banned through most of Egypt’s history, apart from a brief period following the 2011 revolution.

In 2012, Egypt elected Brotherhood candidate Mohamed Morsi as the country’s president, but he was deposed by the military a year later and his organisation was once more designated a “terrorist” entity by the state.

General Abdel Fattah Al-Sisi led the military’s takeover, and became president in a 2014 election with an official 96.9 percent of the vote.

Sisi has presided over a sustained crackdown on the opposition, focusing especially harshly on the Muslim Brotherhood, but extending also to secular opposition.

The legislation amends a 1973 law that sets out a disciplinary code detailing the grounds for dismissing public servants.

The parliamentary session on Monday also extended by three months a state of emergency that has been in place since 2017.