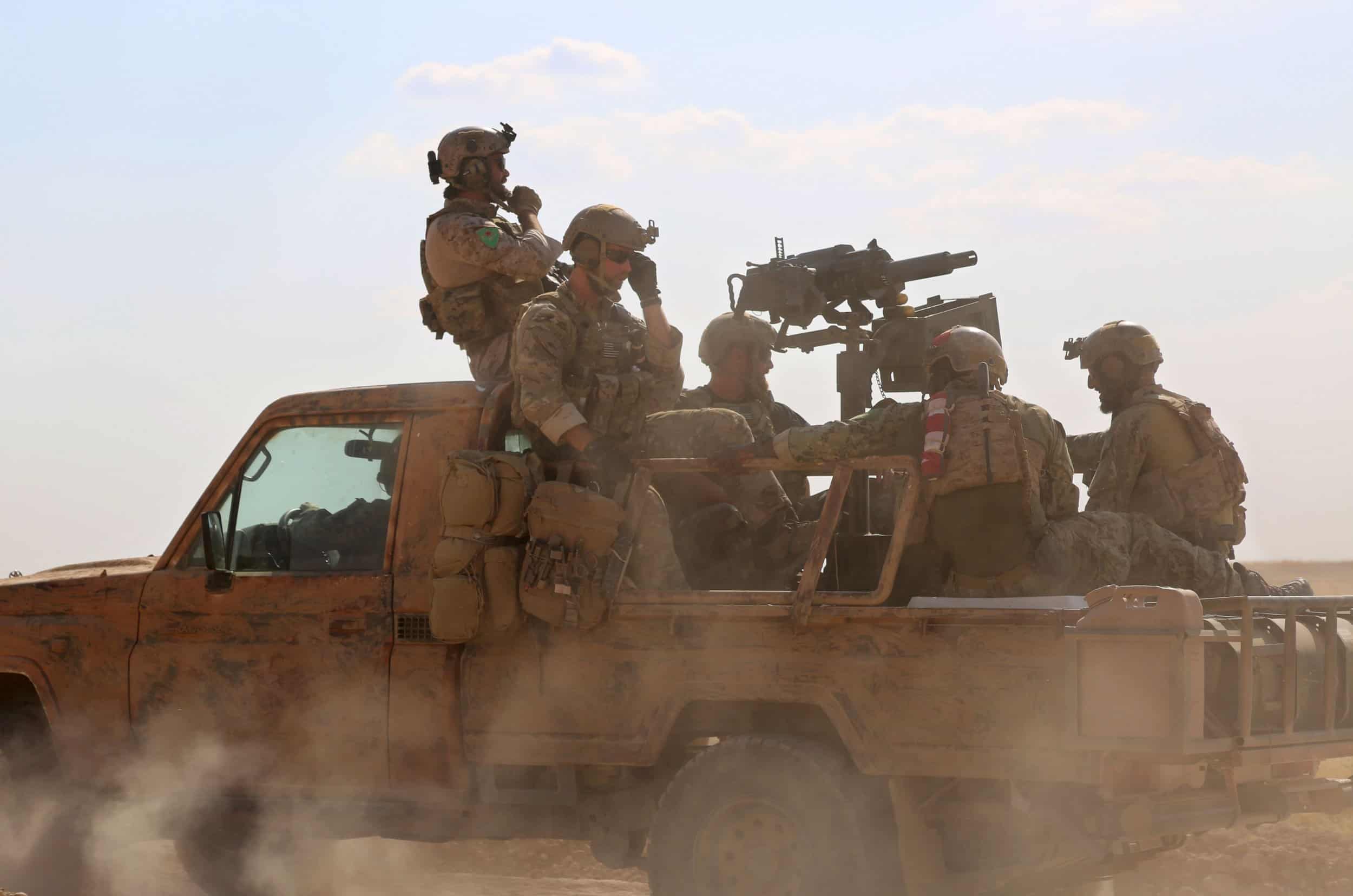 US special operations forces in the Syrian province of Raqqa in 2016. AFP file photo

Newly obtained Pentagon documents show that the US air wars in the Middle East have been marked by “deeply flawed intelligence” and resulted in thousands of civilian deaths, including many children, the New York Times reported on Saturday, December 19.

It said a trove of confidential documents covering more than 1,300 reports of civilian casualties undercuts the government’s portrayal of a war fought with precision bombs.

Pledges of transparency and accountability, it said, had regularly fallen short.

“Not a single record provided includes a finding of wrongdoing or disciplinary action,” the paper reported in what it said was the first of a two-part series.

While several of the cases mentioned by the Times have been previously reported, it said its investigation showed that the number of civilian deaths had been “drastically undercounted,” by at least several hundred.

Among three cases cited was a July 19, 2016, bombing by US special forces of what were believed to be three Islamic State group staging areas in northern Syria.

Initial reports were of 85 fighters killed. Instead, the dead were 120 farmers and other villagers.

Another example was a November 2015 attack in Ramadi, Iraq, after a man was seen dragging “an unknown heavy object” into an Islamic State position.

The “object,” a review found, was a child, who died in the strike.

More recently, the United States had to retract its claim that a vehicle destroyed by a drone on a Kabul street in August had contained bombs.

Victims of the strike, it turned out, were 10 members of a family, including children.

Many civilian survivors of US attacks, the report says, were left with disabilities requiring expensive treatment, but condolence payments numbered fewer than a dozen.

Asked for comment, Captain Bill Urban, spokesman for the US Central Command, told the Times that “even with the best technology in the world, mistakes do happen, whether based on incomplete information or misinterpretation of the information available. And we try to learn from those mistakes.

“We work diligently to avoid such harm. We investigate each credible instance. And we regret each loss of innocent life.”

Unseen from the air

The US air campaign in the Middle East grew rapidly in the final years of former president Barack Obama’s administration, as public support waned for the seemingly endless ground wars.

Obama said the new approach, often using unmanned aircraft controlled from far away, represented “the most precise air campaign in history,” able to keep civilian deaths to a minimum.

The new technology made it possible to destroy a part of a house filled with enemy fighters while leaving the rest of the structure standing, the Pentagon said.

But over a five-year period, US forces executed more than 50,000 airstrikes in Afghanistan, Iraq, and Syria, the report said, with much less than the advertised precision.

In compiling its report, the Times said its reporters had “visited more than 100 casualty sites and interviewed scores of surviving residents and current and former American officials.”

The paper obtained the Pentagon documents through Freedom of Information requests beginning in March 2017 and lawsuits filed against the Defense Department and the Central Command. A new suit seeks records from Afghanistan.

Before launching airstrikes, the military must navigate elaborate protocols to estimate and minimize civilian deaths.

But there are several ways available intelligence can mislead, fall short, or at times lead to disastrous errors.

For example, the Times said, video shot from the air does not show people in buildings, under foliage or under tarpaulins or aluminum covers.

And available data can be misinterpreted, as when people running to a fresh bombing site are assumed to be militants, not would-be rescuers.

But he added that “in many combat situations, where targeteers face credible threat streams and do not have the luxury of time, the fog of war can lead to decisions that tragically result in civilian harm.”