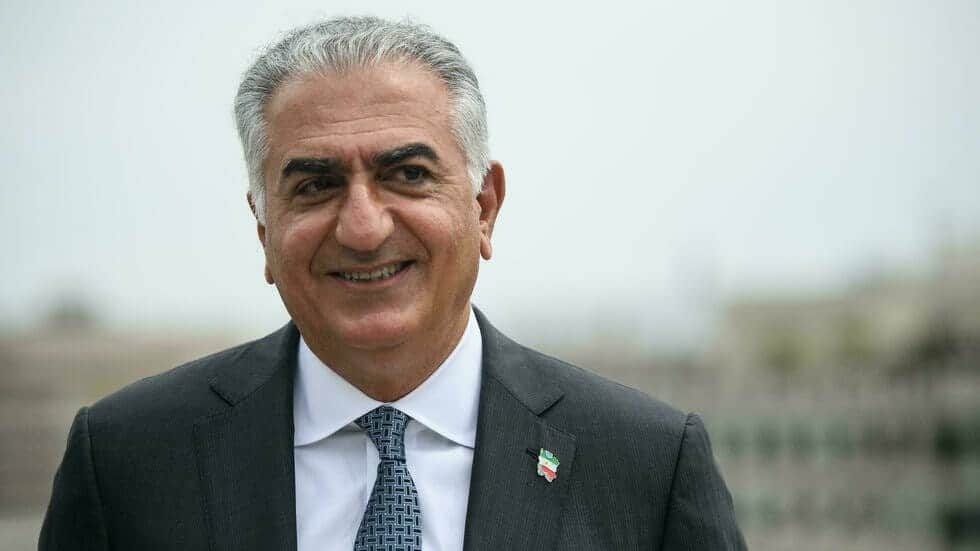 Reza Pahlavi, the son of Iran’s last shah, believes the clerical state that toppled his father is on the brink of crumbling. What Iranians need now, he says, is stronger support from the West.

As ultraconservative Ebrahim Raisi was sworn in Tuesday as the eighth president of the Islamic republic, Pahlavi, who lives in exile near Washington, pointed to an election turnout rate of 48.8 percent, the lowest since the 1979 revolution, as well as demonstrations first triggered by serious water shortages.

“Is the regime fragmented, is it fragile, is it bordering on the precipice? Yes it is, but like anything else, if you throw them a lifeline, they’ll catch a second breath and survive a bit,” he told AFP in an interview.

“We have an opportunity to put the final nail in the coffin. And we’re not asking the world to do that for us; the people of Iran want to do it, but they need some help.”

He said Western nations should support technology to circumvent internet restrictions in Iran, disinvest from the state and develop a “strike fund” to support workers who wage nonviolent civil disobedience.

Pahlavi, like many others, has spoken before of the regime crumbling. But he insisted this time was different as forces are “just killing people,” including “young people who are thirsty and seeking their rights.”

“This isn’t a response that shows confidence or stability. It’s like a last effort to put out the flames,” he said.

‘Slap in the face’

Pahlavi described Raisi, born six weeks after the prince in 1960, as a “butcher” and “perhaps one of the darkest and most sinister individuals that the Islamic Republic has ever produced.”

As a prosecutor, Raisi is linked to the mass executions of Marxists and other leftists in 1988.

“What’s the most shocking to us is not so much how (Iranian) people are responding, but it’s rather Western democracies, of whom we had the most expectation, seem to be stabbing the people in the back,” Pahlavi said.

He pointed to the decisions, notably of the European Union, to attend the inauguration as “almost like a slap in the face, to say the least,” by legitimizing Raisi.

US President Joe Biden’s administration, while criticizing Raisi on human rights, engaged in months of fruitless indirect talks with the previous, more moderate administration of Hassan Rouhani on reviving a 2015 nuclear accord.

Biden argues that the accord, which was trashed by Donald Trump as he imposed punishing sanctions, would serve US interests by containing nuclear work by Iran, which since 1979 has been an arch-enemy of the United States and its regional allies Israel and Saudi Arabia.

‘Symbol above the fray’

Sporting a crisp suit with a lapel pin the shape of Iran bearing the imperial-era lion emblem, Pahlavi speaks with a relaxed smile, and in exile has pursued passions for nature photography and playing drums. His priorities do not include restoring the 2,500-year-old monarchy.

Social media footage in recent years have shown demonstrators voicing nostalgia for the Pahlavi dynasty, an era when oil-producing Iran was rapidly developing and enjoyed warm relations with the West, although few see a groundswell of support for monarchists.

Pahlavi said he was “republican in nature” and that Iranians should decide whether they need a “symbol above the fray” — who could be elected rather than inheriting a throne.

The position could be “something totally new that still is true to the spirit and the fabric and the culture of a nation, but it is adapted to today’s rules of democracy and self-governance,” he said.

Pahlavi voiced hope for a conference soon of the Iranian opposition and said the future should eventually be decided by a constituent assembly of “secular, democratic forces.”

Pahlavi said he is not advocating regime change led by the US military — an idea that has little support in Washington as it seeks to exit Afghanistan and Iraq. But he said the United States needs a dialogue with the opposition.

“We’re not saying don’t talk to Islamic Republic. You need to have a channel of communication for the sake of diplomacy, we all understand that,” he said.

“But thinking that those who are part of the problem are going to offer you a solution is madness.”