Nations debate how to rid world of fossil fuels 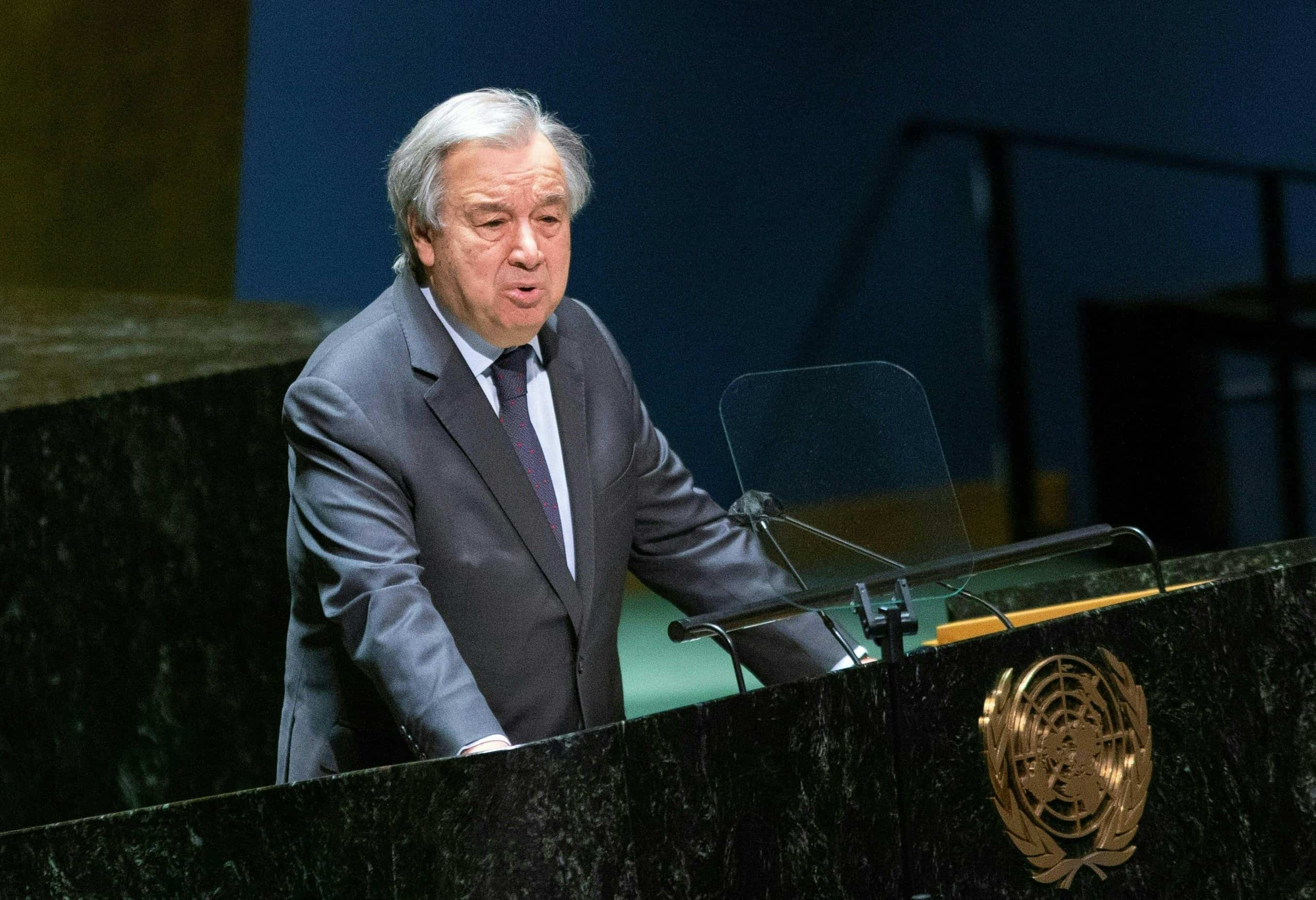 The UN chief has called on governments to tackle "four burning issues" of climate change between now and COP27. (AFP)

Nearly 200 nations gathered Monday to grapple with a question that will outlive Covid-19 and Russia’s invasion of Ukraine: how does a world addicted to fossil fuels prevent carbon pollution from making Earth unlivable?

A partial answer is set for April 4, in the form of a 3,000-page report from the UN’s Intergovernmental Panel on Climate Change (IPCC) due to be approved after two weeks of closed-door, virtual meetings that began Monday.

The assessment will detail options for drawing down greenhouse gases and extracting them from the air, in an urgent effort to stop devastating warming.

“The problem is getting worse,” UN chief Antonio Guterres told a separate sustainability conference in London on Monday, adding that major economies are allowing carbon pollution to increase when drastic cuts are needed.

“We are sleepwalking to climate catastrophe.”

Climate impacts “are costly and mounting, but we still have some time to close the window and get ahead of the worst of them if we act now,” said Alden Meyer, a senior analyst at climate and energy think-tank E3G.

He said the upcoming IPCC report, the last in a three-part assessment of climate change, “will supply the answers as to what we need if we’re serious about getting there.”

In August 2021, the IPCC laid out the physical science and projected that Earth’s surface temperature will rise 1.5 degrees Celsius above preindustrial levels, perhaps within a decade.

A 1.5C cap on global warming — the aspirational goal of the 2015 Paris climate accord — has been embraced as a target by most of the world’s nations.

Barely 1.1C of warming so far has ushered in a crescendo of deadly extreme weather across the globe.

Recently renewed national carbon-cutting commitments, however, still put us on a catastrophic path toward 2.7C of warming by 2100.

Part two of the IPCC report — described by Guterres as an “atlas of human suffering” — detailed past and future climate impacts and the limits of our ability to adapt.

Delaying climate action would severely reduce the chances of a “livable future,” it concluded.

Part three is about how to keep planet-warming gases out of the atmosphere, with chapters on the key sectors where rapid and deep change is needed: energy, transport, industry, agriculture, among others.

“We are talking about the large-scale transformation of all the major systems,” climate economist and co-author Celine Guivarch told AFP.

The main focus is on weaning the global economy off fossil fuels and moving to low- or zero-carbon sources of energy, from solar and wind to nuclear, hydro and hydrogen.

Helping that transition is the fact that renewable energy is now cheaper than energy generated by fossil fuels in many markets.

The IPCC also details ways to reduce demand for oil, gas and coal, whether by making buildings more energy efficient or encouraging shifts in lifestyle, such as eating less beef and not flying half-way around the world for a holiday or business meeting.

But humanity has waited so long to take action that switching supply and reducing demand are not enough: we also need to pull CO2 out of the air.

In theory — because the technology does not yet exist at scale — carbon dioxide removal will compensate for hard-to-decarbonise sectors such as aviation and shipping, and extract excess CO2 if temperatures “overshoot” the Paris Agreement targets.

“Delivering on the climate commitments that we’ve made internationally and nationally is far more challenging than we have been prepared to accept,” said Kevin Anderson, a professor of energy and climate change at the University of Manchester.

“Right now, we are very likely to fail. But if we don’t try, we are guaranteed to fail,” he told AFP.

The IPCC “solutions” report draws from hundreds of models projecting development pathways that keep Earth within the bounds of the Paris temperature goals.

“This report lays out those pathways. Now it’s up to our leaders to take that to heart.”

Besides feeding into UN political negotiations, which resume in November in Egypt at COP 27, the IPCC findings will also be important “for the conversation going on in the US and Europe around the need to transition away from Russian oil and gas,” said Meyer.

The head of the IPCC delegation from Ukraine made this point in a dramatic statement at a closed plenary in February, only days after Russian troops invaded her country.

“Human-induced climate change and the war on Ukraine have the same roots — fossil fuels — and our dependence on them,” said Svitlana Krakovska, according to multiple sources.