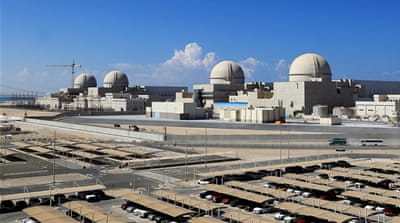 According to the Emirates Nuclear Energy Corporation Unit 2 will be connected to the national electricity grid in the coming months and the nuclear operators will continue with a process of gradually raising the power levels, known as Power Ascension Testing.

When fully operational, the four units of the plant will produce 5.6 GW of electricity while preventing the release of more than 21 million tons of carbon emissions every year, equivalent to removing 3.2 million cars from the roads annually, and equivalent to those emissions from charging 7.3 billion smartphones daily.

The process will be continuously monitored and tested until maximum electricity production is reached, while adhering to all regulatory requirements and the highest international standards of safety, quality and security, the statement said.

This milestone has been achieved within 12 months of the start-up of Unit 1, and within four months of commercial operations of Unit 1.

“We have reached another major milestone in the delivery of the UAE Peaceful Nuclear Energy Program today, as part of our journey to power the UAE with clean, abundant 24/7 electricity,” said ENEC CEO Mohamed Ibrahim Al Hammadi.

“With the start-up of Unit 2, we are now almost halfway to achieving our goal of supplying up to a quarter of our nation’s electricity needs and enabling sustainable growth and in parallel, achieving UAE climate change targets,” he said.

The Plant is the largest single source of electricity in the UAE through the commercially operating Unit 1 of Barakah.