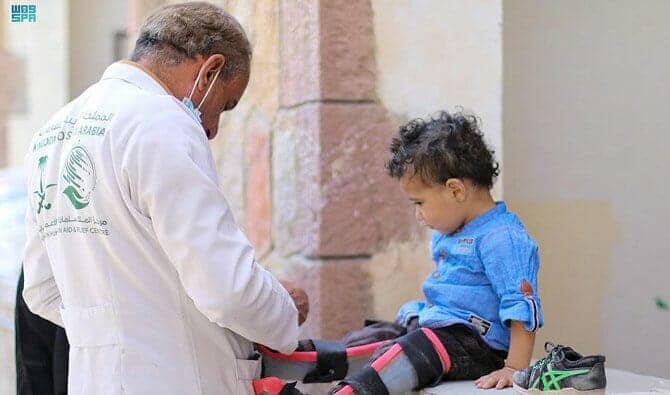 Tens of hundreds of people have lost limbs in the Yemen war going on for years now, but there has been one Saudi aid center that has been critical to the lives of the wounded in the war-scarred country.

A project, supported by the King Salman Humanitarian Aid and Relief Center (KSrelief), provided help for hundreds of people. In June, 1,010 people, of which 86 percent were men, received assistance through the scheme, with specially made prosthetics fitted in 374 cases, and physiotherapy services and consultations provided for 636 individuals.

The Saudi center has implemented 606 projects in Yemen costing almost $3.8 billion. Yemen is one of the main countries to benefit from KSrelief assistance.