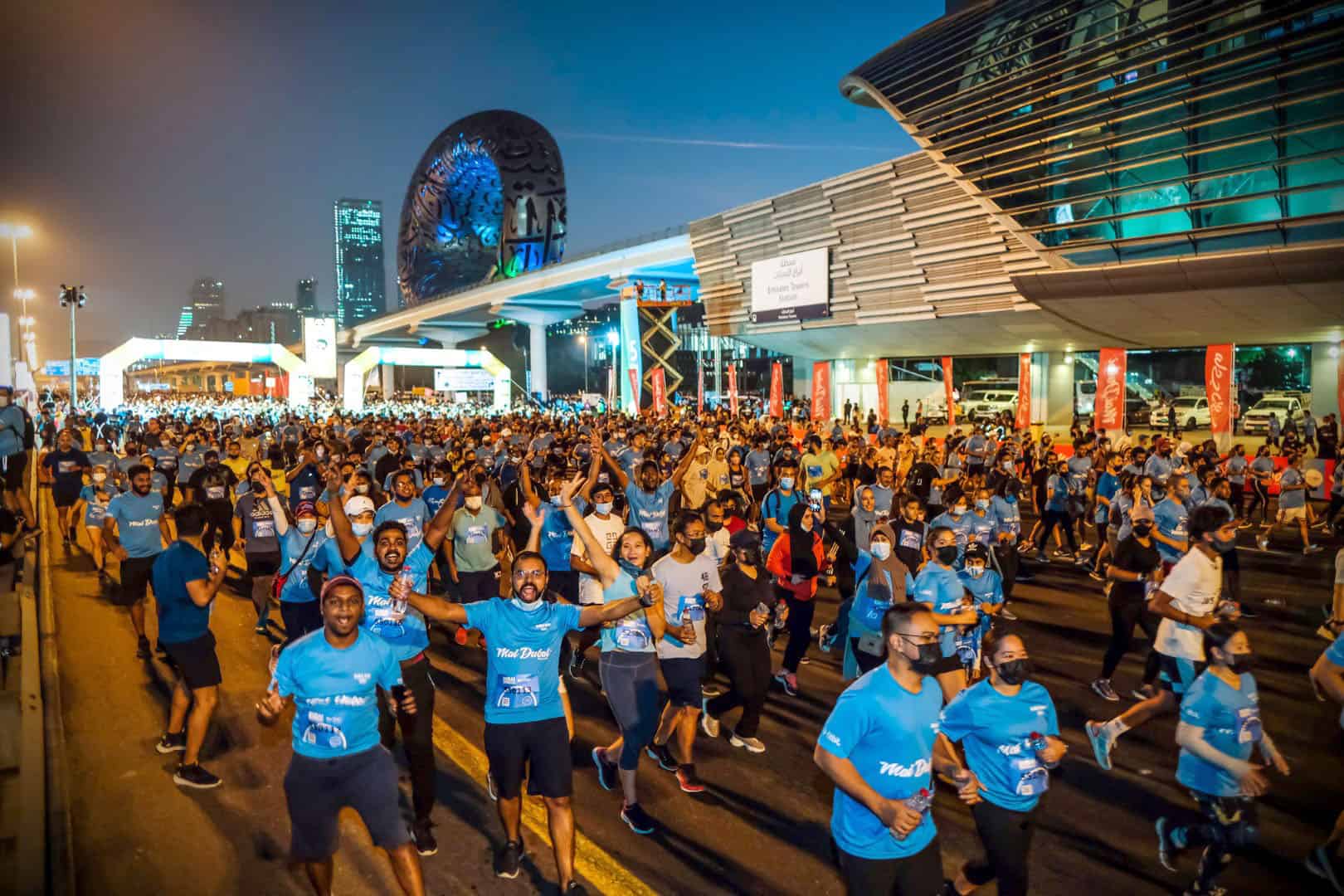 Dubai Fitness Challenge, a program launched in 2017 to improve the well-being of the residents, has seen 88 percent of the participants completing the 30×30 challenge—committing to a minimum 30 minutes of daily exercise for 30 days.

The program has seen the number of participants more than double from 786,000 in its inaugural year to 1,650,000 people in 2021, which represents nearly half of the population of Dubai, according to data from Dubai’s Department of Economy and Tourism (DET).

Female participation in the Challenge remained strong in the 5th edition, with women making up two in five (41 percent) of overall participants’ numbers, and while the DFC attracted all age groups, the report revealed that participation levels peaked at ages 18 to 39.

Research amongst participants showed the significant impact of physical activity on mental wellbeing, with 28 percent reporting an improvement in self-esteem and one in four (25 percent) stating that taking part in the DFC enhanced their mental well-being. The Challenge also benefited participants by reducing anxiety (24 percent) and encouraging higher levels of relaxation (22 percent).

The participants’ overall satisfaction was extremely high for the 5th edition with 93 percent extremely happy with their experience – up from 78 percent in 2020. The diversity of activities (88 percent) and access to information about the events (88 percent) resonated most strongly with participants, whilst energetic ambience (87 percent) and easy accessibility to fitness activities and classes (82 percent) also contributed to their satisfaction with the Challenge in 2021.

There has been an emergence of more free outdoor spaces to work out, hundreds of kilometers of running and cycling tracks and the introduction of many sporting events. The fitness community has also benefitted from their presence at the DFC Fitness Villages and fitness events.

The department said the Dubai Fitness Challenge (DFC), launched by Sheikh Hamdan bin Mohammed bin Rashid Al Maktoum, Crown Prince of Dubai and Chairman of The Executive Council of Dubai, has played a crucial role in encouraging a more active lifestyle and positioning Dubai as one of the best cities in the world to live in, work and visit.

This growing reputation was recently validated by a new study from United Kingdom (UK)-based Lenstore, which cited Dubai as one of the world’s top cities in its Healthy Lifestyle Cities Report 2022.

The report evaluated 48 cities to determine which were the best for healthy living, based on 10 metrics which included outdoor activities and cost of a monthly gymnasium membership – both significant areas of focus for the DFC.

Commenting on the report, Ahmed Al Khaja, CEO of the Dubai Festivals and Retail Establishment (DFRE), said, “The vision of His Highness has always been to make Dubai one of the most active cities in the world and instil healthy habits in our community. Today, we are proud to share that the number of DFC participants in 2021 represented almost half of Dubai’s population – an increase of 110 percent since the Challenge began five years ago. This incredible achievement demonstrates the community’s commitment to a more active lifestyle, with almost nine out of 10 participants achieving their 30×30 goals and reaping the benefits of the Challenge for both their physical and mental well-being.”