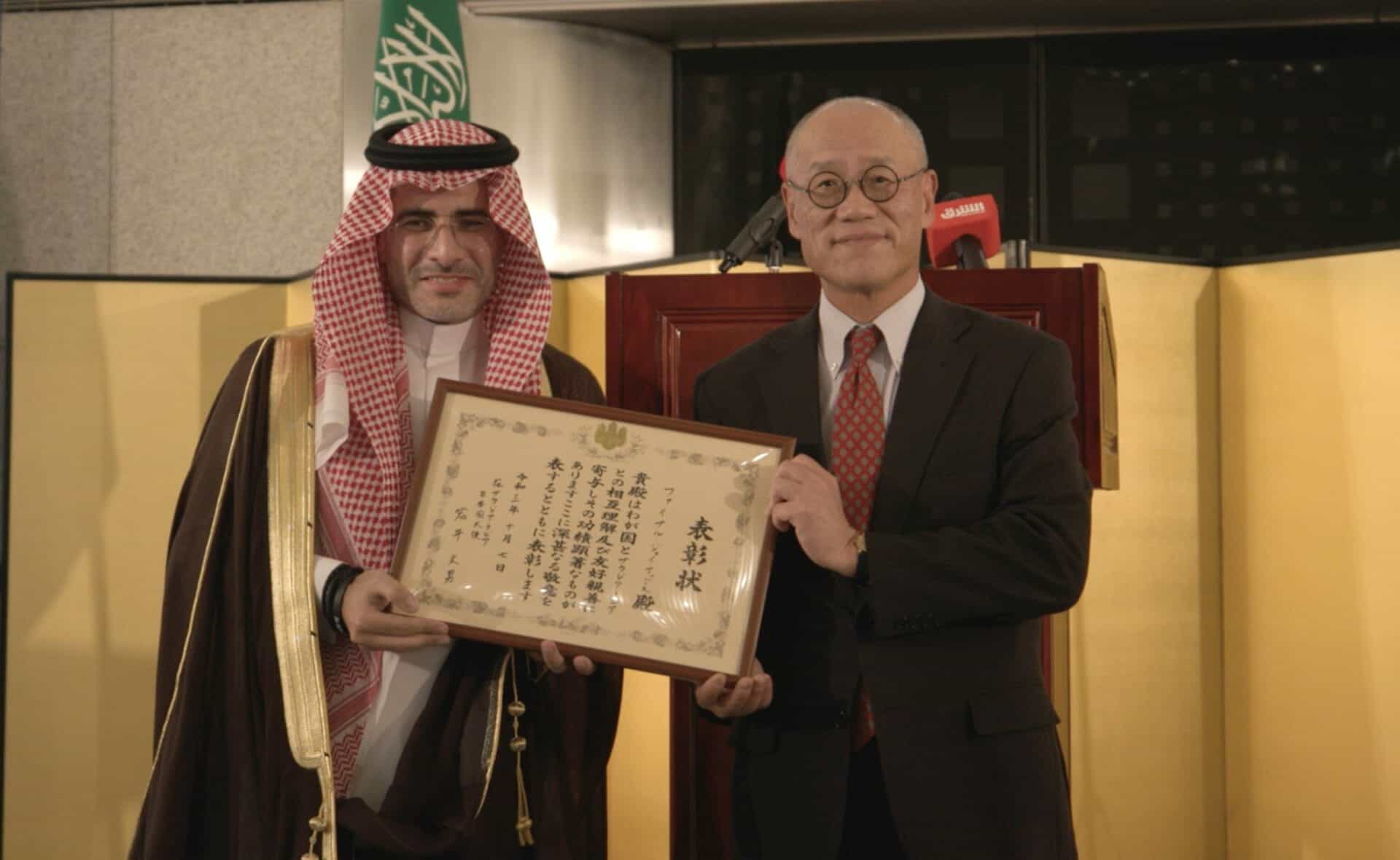 Fumio was speaking at a reception hosted at his residence to celebrate the Ambassador’s Commendation in honor of Abbas.

The ambassador said that within only two years of its existence, the Japanese edition of the newspaper has become a credible and reliable source for government officials, business executives and researchers interested in Saudi Arabia and the wider Middle East.

In his reply speech, Abbas thanked ambassador Fumio and dedicated the commendation to the Saudi leadership and his colleagues at Arab News.

Abbas said the success of the Japanese edition was mainly due to two reasons: the strategic importance and mutual respect which defines the official relationship between Riyadh and Tokyo, and the genuine admiration Saudis have for the Japanese people and their culture.

The digital edition www.arabnews.jp was officially inaugurated in Tokyo during an event held at the Foreign Correspondents Club of Japan (FCCJ). It coincided with the enthronement ceremony of Emperor Naruhito.