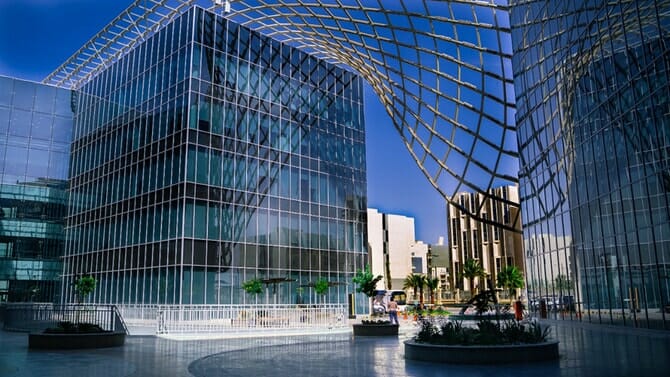 Saudi Arabia is looking to transform the kingdom into the main data center hub for the region, and, to achieve the goal, it will launch an $18 billion plan to build a network of large-scale data centers across the country. And to encourage investments into the project, it was willing to be open to discussions with global heavyweights like Amazon and Google.

According to Arab News, the Saudi Ministry of Communications and Information Technology (MCIT) is working closely with the private sector, including local and international investors, to achieve this goal.

Bassam Al-Bassam, deputy minister for telecom and digital infrastructure at the MCIT said: “We are enabling local champions to play a bigger role in the coming phase of Saudi Vision 2030, to increase the growth of hyper-scale co-location capacity data centers needed to attract other digital investments, such as cloud service providers, gaming publishers, video streaming service operators and content delivery network (CDN) operators to localize their services inside the Kingdom.”

Gulf Data Hub, Al Moammar Information Systems (MIS), and Saudi FAS Holding Co. this week were announced as the first batch of key investment partners. The ministry’s media office told Arab News it is open to discussions with global heavyweights such as Amazon and Google, and “all players who are willing to invest in Saudi Arabia and localize content and services.

“These three investors have agreed on the key business principles. We are also expecting more companies to participate in this plan within the coming months,” the ministry said, adding that it is aiming to attract $18 billion in total by 2030.

MIS last month announced in a Tadawul statement it had partnered with Saudi Fransi Capital to establish a private investment fund, initially worth SR1.2 billion ($320 million), to develop six data centers across the Kingdom. Construction is due to start later this year, with the first center due to be operational by the fourth quarter of 2022.

The surge in demand for video streaming services has been a key catalyst to develop more data centers in the Kingdom, said Tarek Al-Ashram, CEO of Gulf Data Hub. “Driving this is the consumer demand for electronic and online entertainment, as well as the exponential digital transformation across the public and private sectors.

It is only natural that cloud service providers and publishers localize and host their operations in the region,” he said.

According to a report issued this week by Al Rajhi Capital, the coronavirus disease pandemic has led to increased demand for companies to digitalize their processes and embrace cloud-based services.

To support this demand, the MCIT’s investment plan is aiming to accelerate the development of data centers to surpass the 1,300-megawatt (MW) target mark before the end of the decade. But the Kingdom still has a long way to go.

“In Saudi Arabia, according to our conversation with industry experts, the total requirement for data space in the next 5-6 years would be 360MW and currently it is only 60MW,” the Al Rajhi Capital report said.