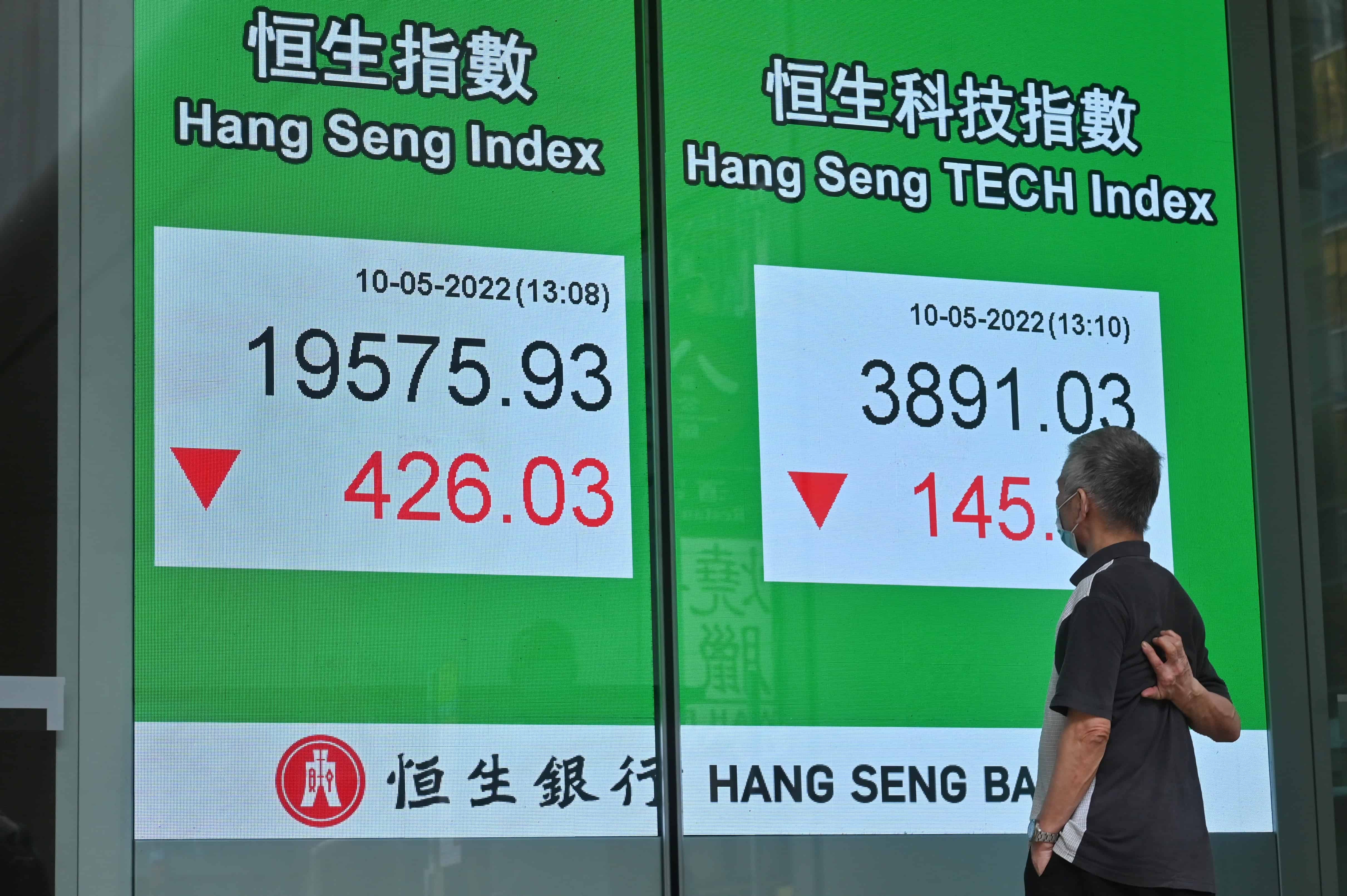 A man looks at a sign showing the numbers for the Hang Seng Index. (Photo by Peter PARKS / AFP)

Asian equities were mostly up Friday following a tumultuous trading period on Wall Street, but analysts said the outlook remained bleak as inflation, the Ukraine war and Chinese lockdowns weigh on sentiment.

World markets have been volatile for much of 2022, with investors fretting about supply chain snarls due to China’s Covid curbs and as Europe weighs cutting out Russian oil over Moscow’s invasion.

The Federal Reserve last week announced its largest rate hike since 2000 to slow surging inflation and signaled that similar increases were likely in the coming months — a possibility that sent stocks on a rollercoaster.

But after Fed chief Jerome Powell on Thursday said the United States was not actively considering a steeper 75-basis-point move, markets experienced a bounce in Asia.

However, he warned that the positive showing should be taken with a grain of salt.

“Nothing has materially changed in the world from yesterday, and if anything, Russia/Europe risks are increasing,” he said.

“The rally today looks more like a technical rebound after a torrid week than a structural turn in sentiment.”

After a bruising day on Wall Street — with the Dow falling for the sixth straight session — Asian equities were higher Friday. Japan and Hong Kong closed with a two percent bump.

Frankfurt, London and Paris all opened higher as well, while oil remained up, with the US benchmark crude WTI trading at more than $106 a barrel.

“Such intraday volatility and sentiment flip-flopping is indicative of nervous investors and in itself, a bearish signal,” said Lewis Grant of Federated Hermes Limited.

“As long as the war continues and macro pressures persist, it is likely that both energy names and value stocks will remain relative safe-havens for fully-invested, long-only equity investors.”

Cryptocurrencies also saw great volatility this week. Bitcoin on Thursday tumbled below $27,000 — its lowest level since late 2020 — but by Friday its value was holding steady above $30,000.

Its crash was fueled by the collapse of two so-called “stablecoin” cryptocurrencies — TerraUSD and Tether — which proved to be anything but stable, leaving investors panicked.

While the digital currency market had stabilized by Friday, Stephen Innes of SPI Asset Management said “the seven-day moves in some of the ‘other crypto experiments’ on monster volume are insane and increasingly difficult to watch”.