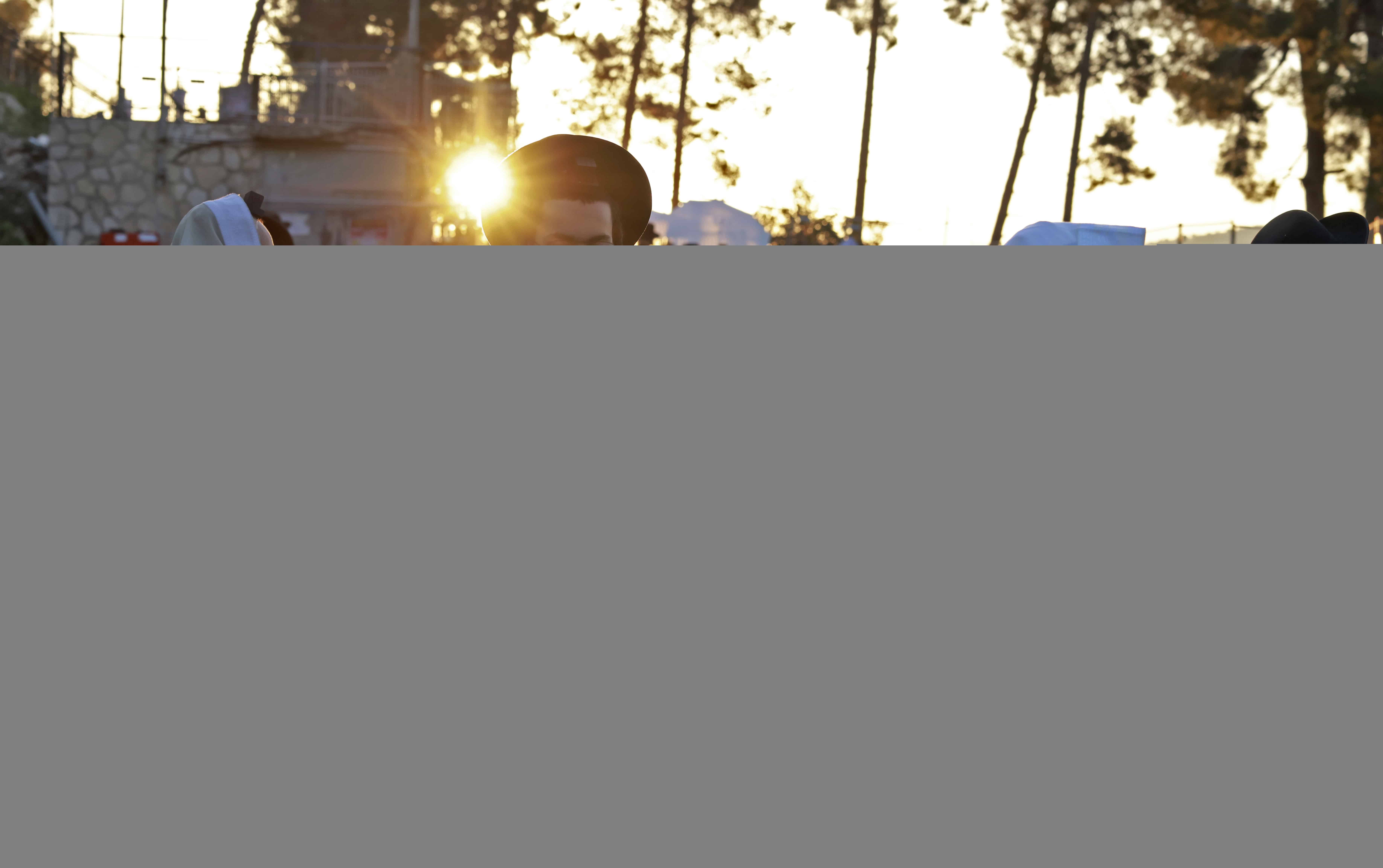 Ultra-Ortodox Jews pray during celebrations at the grave site of Rabbi Shimon Bar Yochai in the northern Israeli village of Meron in the early hours of May 19, 2022 at the start of the day-long holiday of Lag Baomer that commemorates the second century Jewish scholar's death. (Photo by Menahem KAHANA / AFP)

A crowd of Jewish worshipers broke through police barriers on Thursday at an annual pilgrimage in Israel’s Mount Meron, a year after 45 people were crushed to death in a stampede.

Israeli police said “dozens of extremists” broke into a section of the religious site while “wildly flinging the fences and endangering human life.”

The police retreated from the site when a group of worshipers broke barriers and stormed in, an AFP photographer said, adding that officers later returned.

More than 10,000 faithful had converged on the site under tightened security measures for the start of the pilgrimage on Wednesday.

On April 30 last year, a stampede broke out in the male section of the gender-divided site as the size of the crowd turned a narrow passageway into a deadly choke-point.

At least 16 children were among those trampled to death, in what then-prime minister Benjamin Netanyahu called “one of the worst” disasters in Israel’s history.

An AFP photographer saw several worshipers arrested and handcuffed by police on Thursday. In addition, some security cameras and electrical equipment at the site were sabotaged, the photographer said.

Police then stopped the movement of additional faithful toward the site, where the pilgrimage runs until Thursday night.

Prime Minister Naftali Bennett said Wednesday that his government made a “considerable investment” in new safety measures to ensure there is no repeat of last year.

Among the changes is a cap of 16,000 pilgrims allowed on the site at any given moment.

On Tuesday, police said they had seized knives and hammers from an “extremist ultra-Orthodox faction” which allegedly intended to sabotage communications infrastructure at the site.

Some ultra-Orthodox sects are anti-Zionist and oppose the existence of the Jewish state. They are sometimes antagonistic to Israel’s state institutions, including to its police forces.