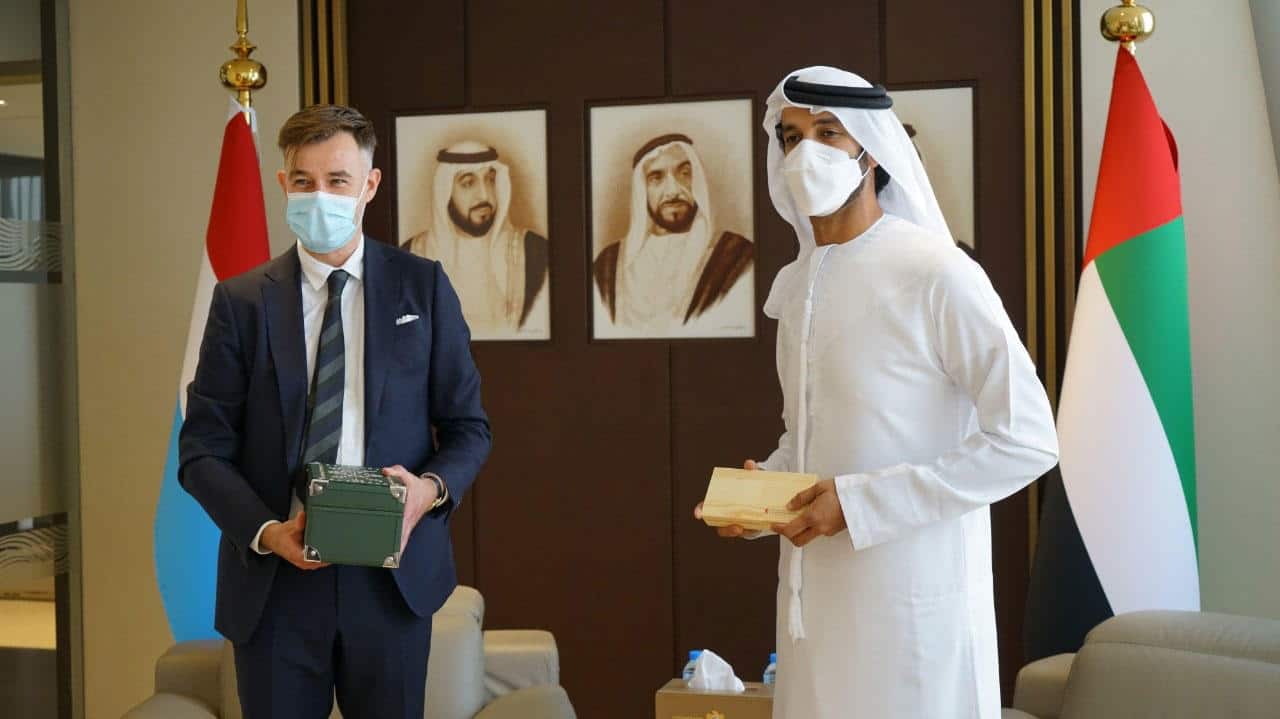 Luxembourg’s economic relations with the United Arab Emirates, which have traditionally been centered around the exchange of services, will expand to many more areas, including space, fourth industrial revolution (4IR) technologies, digitization and artificial intelligence, according to a top Luxembourg official.

In an exclusive interview with Emirates New Agency (WAM), Franz Fayot, Luxembourg’s Minister of Economy and Minister for Development Cooperation and Humanitarian Affairs, said, “Generally there are several areas, which have traditionally been quite strong between our two countries. We are exporting from Luxembourg to UAE, in particular, financial services, that’s the biggest part of our trade balance.”

“The trade volume is irregular, so one year it is very strong but the next year it goes a little bit down,” he said.

Some of about 20 Luxembourg companies operating in the UAE, which have had a  long-term presence in the region, have been selling their high-value products to “the booming real estate sector here.”

Others are not only doing business in the Emirates but also using Dubai as a hub for Africa and Asia, said the minister who was on a three-day official visit to the UAE from Sunday to Tuesday.

Room for improvement in economic ties

Fayot said he discussed with his UAE counterpart ways to improve the economic ties. One of the ways to do this was to encourage more exchange between the two ecosystems to see where it makes sense to work together and to promote their respective markets to each other.

Space, logistics, innovation of companies, training of employees to make them fit for the future economy, digitization in general and artificial intelligence in particular, were the areas of common interest discussed in the meetings, Fayot said

He visited the Mohamed bin Zayed University of Artificial Intelligence (MBZUAI) in Abu Dhabi and found it “very exciting.”

“We see AI as a very powerful tool to enhance productivity. We have identified a potential collaboration between this university [MBZUAI] and our University of Luxembourg, and our public research institutes working on this subject,” the minister said.

The space agencies of the two countries have a good working relationship and have several potential common initiatives also in the context of Expo 2020, Fayot said after he met with Sarah bint Yousif Al Amiri, Minister of State for Advanced Sciences and Chair of the UAE Space Agency.

“I think we have a common vision about focusing on space resources and how to develop economic activities in space,” he said, adding that developing space technologies and space exploration are also possible areas of cooperation.

The minister visited Dubai Future Foundation and discussed the possible cooperation in the fourth industrial revolution (4IR) technologies. “So there again, I think a lot of a lot of common ground and a lot of potential for collaboration.”