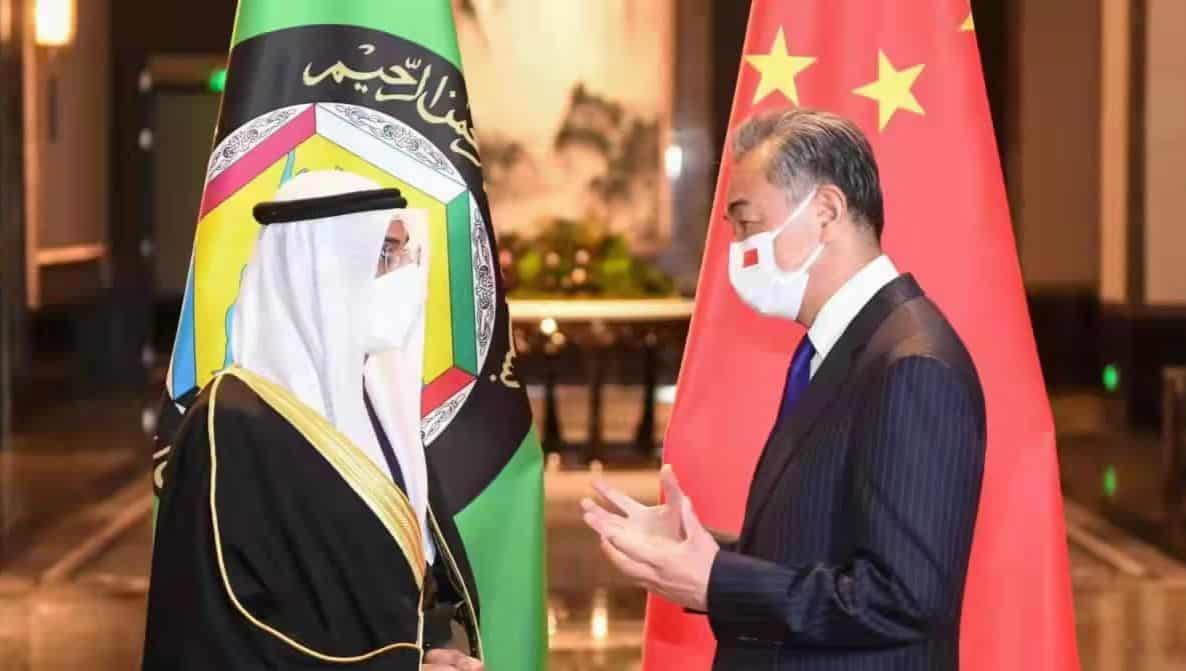 China has said it wants to see the Gulf Cooperation Council (GCC) in international and regional affairs.

The assertion was part of a joint statement by both sides as GCC Secretary-General Naif Falah Al-Hajraf, currently on a visit to China, met the Chinese State Advisor and Minister of Foreign Affairs, Wang Yi.

During the meeting, they discussed the GCC-Chinese relations and international and regional issues of joint interest, said official sources.

In a joint statement, the Chinese side is said to have praised the GCC’s achievements since its inception 40 years ago.

It also apparently added that China supports a greater role for the council in international and regional affairs.

Al-Hajraf, on his part, reportedly expressed admiration for the developmental achievements of China and its role in international and regional affairs.

He added that the GCC was following with interest the Chinese foreign minister’s five-point initiative on achieving security and stability in the Middle East which he announced during his visit to the region in March 2021.

The two sides are said to have expressed satisfaction with the development of the GCC-Chinese relations and stressed that strengthening the cooperation was in line with the basic and long-term interests of both sides.

One of the things the two sides agreed on was the importance of establishing strategic partnership relations between the GCC and China as soon as possible.

This is expected to further strengthen cooperation, raise the level of practical cooperation, and address challenges, to achieve common development and serve common interests.

Both parties also signed a joint action plan for strategic dialogue between the GCC and China between 2022 and 2025 as soon as possible, in an effort to expand new horizons and areas of cooperation between the two sides.

They also concurred on the completing negotiations on the free trade agreement between the GCC and China as soon as possible.

The two sides also called for establishing a mutual free trade area to boost the level of liberalization and facilitation of trade and the governance of commercial and economic interests of the two parties.