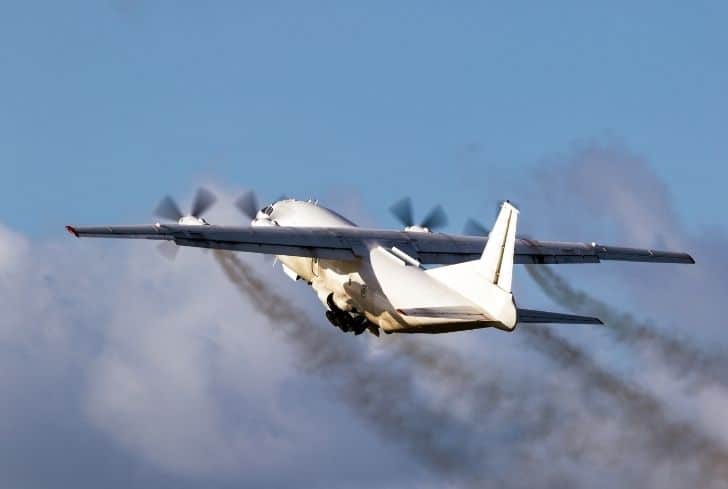 The global aviation industry has been booming for the last few decades now, with lost-cost airlines completely transforming the way we undertake long-distance travel, as ticket prices become affordable for a large chunk of the world’s population. But the unprecedented growth in jets flying round-the-clock has come at a big cost to the environment. To tide over the criticism of being a major polluting industry, the top global aviation brands are involved in a campaign to cut down the emission level, and perhaps redesign aircrafts that don’t pollute as much.

The Air Transport Working Group (ATAG) believes that the aviation sector is one of the most detrimental to the environment, generating about 2-3 percent of global carbon emissions, ranking it the world’s sixth-largest source of carbon dioxide.

Apart from the emissions caused by the burning of fuel, planes also release gases and steam into the atmosphere, causing global warming. Despite the sector’s significant contribution to global economic and social development, its decision-makers are now aware of the importance of retaining a commitment to sustainable growth and reducing emissions.

In this context, industry leaders have committed to halving net carbon dioxide emissions from 2005 levels by 2050. However, the new transportation that allows people to travel without damaging the environment is still too expensive to make the future green. A condition that will require a lot of time and resources to change.

The slow transformation of aircraft to be environmentally friendly is due to a variety of issues, including the production of any new aircraft, which is a process that occurs once every ten years and costs tens of billions of dollars.

The aviation industry is gradually moving toward “green” and environmentally friendly aircraft due to a notable trend to concentrate a stronger focus on the environment and sustainability. For example, At the European Business Aviation Conference and Exhibition (EBACE) in 2019, 23 out of 58 aircraft on display were powered by sustainable alternative fuels. Bombardier, Gulfstream, Cirrus, Embraer, Piaggio, Dassault, and Textron were among the plane makers.

Sustainable Aviation Fuel (SAF) is expected to assist airlines in achieving their goal of reducing carbon emissions increase, as this fuel is made from refining organic materials or waste.

Besides SAF, which reduces CO2 emissions by 950 tons, “green diesel” derived from oils and fats is an important new source of sustainable biofuels for aviation, generating at least 50 percent less CO2.

Aside from biofuels, improved airframe and engine technology are critical to decreasing carbon emissions; however, production costs stay expensive for aircraft operators. The industry’s challenge is to find a way to finance the transition costs to meet the ICAO 2050 vision for sustainable aviation fuels.

Companies that Moved into the Transformation

United Airlines, the American aviation company, aims to be carbon-neutral by 2050 and replace kerosene with a sustainable fuel that emits 80 percent less carbon.

Airbus, the European airline manufacturer, unveiled a prototype of the cutting-edge aircraft with integrated wings and chassis and two rear engines at last year’s Singapore Air Show. Compared to current single-aisle aircraft, the manufacturer claims that this design would save 20 percent on fuel consumption.

ATR, an Italian French company, says that their aircraft equipped with a turboprop engine, commonly used for short flights, consume 40 percent less fuel than jets of the same size.

Companies from the Middle East

As part of the Etihad Greenline program for assessing environmental sustainability initiatives, the company flew its first environmental flight in 2021 to follow its research and experiments. This trip was Etihad Airways’ fourth mission of its kind, and it occurred on a Greenline aircraft.

According to a statement on the company’s site, Etihad Airlines pledges to reduce carbon dioxide emissions to zero by 2050 and to cut the overall volume of emissions for 2019 in half by 2035.

Under Emirates’ comprehensive fuel economy policy, the airline adopts various initiatives to improve fuel efficiency and minimize carbon emissions. For example, the company claims to be encouraging the development of a commercially viable SAF fuel and conducting trials and procurement of equipment and electric and hybrid ground vehicles to replace diesel-powered equipment. However, it has not provided any specific details, only declaring that it is reviewing the long-term prospects.

The company’s latest report for 2019-2020 showed a reduction in fuel burning and related emissions. The company continued to strengthen and expand initiatives to reduce fuel consumption, resulting in a decrease in fuel consumption of 71,000 tons 224,000 tons of dioxide emissions.

Qatar Airways, for its part, reaffirmed its commitment to environmental sustainability in all its operations. It is the first airline in the Middle East to receive the highest level of accreditation from the IATA Environmental Assessment Program. The company is committed to reducing carbon emissions by 2050 as a member of the Oneworld alliance. It is fully committed to the European Union’s emissions trading system, the carbon offset and reduction program in international aviation.

To conclude, the current stage shows that a trend exists which will enable the aviation industry to achieve sustainability and decrease its carbon footprint in the coming. Increasing public awareness about climate change, along with government support for green initiatives, could help this sector thrive. Every year, the positive change will become more apparent.