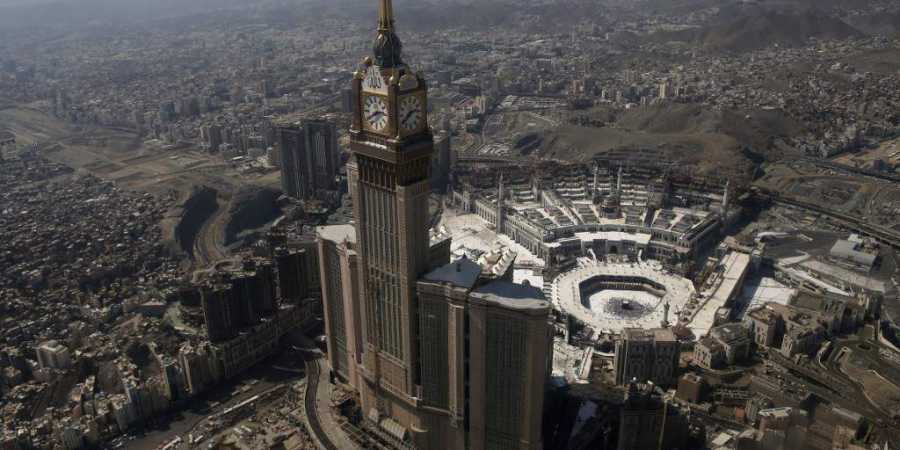 Saudi Arabia intends to attract 100 million tourists by 2030, with the travel industry expected to account for 10 percent of the country’s GDP.

Despite the recent COVID-19 pandemic, investors and tourists became interested in the new legislation and measures, most notably the launch of the tourist visa in September 2019, which resulted in 400,000 permits being issued in the first six months after implementing the decision.

At the same time, in June 2021, Crown Prince Mohamad Bin Salman unveiled a National Strategy for Transport that seeks to accomplish significant gains in various sectors, including tourism, and aims to double the capacity of the air cargo sector to 4.5 million tons.

The Arab world’s most powerful economy is devoting enormous resources to increasing tourist numbers. So, what are the most exciting places to be visited in Saudi Arabia?

Because it concentrates on business activities, Riyadh is viewed as the corporate hub of Saudi Arabia.

Still, it is also home to important historical sites, including the Kingdom Tower, which was built in 2022 and reaches 300 meters. In addition, the center is known for its luxurious stores, restaurants, and other establishments. This Tower is in the same area as the King Abdullah Mosque, the second-largest m in the world.

The Al-Masmak fortress, located in the city’s center, is constructed in a square mud-concrete building dating back to the end of the 19th century. In 1902, Ibn Saud assembled his forces to restore the city of Riyadh with the assistance of this archaeological site, the reason why it is an essential place in the country.

Riyadh also contains a group of distinctive parks, including Olaya Park, Al Salam Park, and Al Murooj District Garden, in addition to King Abdullah Park, which is located in the “Al-Malaz” neighborhood and provides its visitors with a wide area of green spaces, in the middle of which is a water pool and fountains with playgrounds, billiard halls and an entire city for recreational games.

In addition to becoming a city where business is booming, Jeddah also calls the world’s attention by continuing to become a place where investments and companies are centered.

It also has several distinct locations that tourists can see, like the floating Mosque, known as the “Floating Mosque of Mercy” or “Fatima Al-Zahra Mosque” to the public. The mosque is located on the Corniche, where the sea meets the land and is distinguished by its architecture and location.

On the other hand, suppose you want to know the world’s longest and tallest fountain. In that case, you should visit the “King Fahd’s Fountain,” which holds up to 318 tons of seawater and measures 312 meters in height, and has approximately 500 light bulbs, and you can see the fountain’s size from anywhere in Jeddah.

Also known as “Bride of the Red Sea,” Obhur Bay, situated approximately 30 km away from Jeddah, is another must-see destination. This uniquely beautiful beach is located on the eastern side of the Red Sea and in western Saudi Arabia. An outstanding choice for summer tourism.

Cities like Taif, Abha, Al Khobar, and others in Saudi Arabia are popular tourist destinations where travelers can enjoy various activities, including culture, religion, and sports.

Our first stop is Makkah, home to the famous Masjid al-Haram, one of the most famous and influential places of worship in Saudi Arabia. Muslims consider it essential and sacred because it is the location of the most significant pilgrimage, where the Safa and Marwa’s hills are located.

In addition, you can also visit Mount Arafat, which also has religious sanctity for Muslims and is located 22 km from Makkah and between the cities of Makkah and Taif.

Bride of the Mountains

Al-Ula, part of Medina, is one of the Arabian Peninsula’s largest historical cities and the first Saudi archaeological site to be included on the UNESCO World Heritage List.

Al-Ula is the “Bride of the Mountains” because it contains many historical sites from civilizations like Ma’iniyah, Dedaniyeh, Nabatiyeh, and Hayaniyah, and its geography qualifies it as a sports and leisure destination. As a result, Al-Ula attracts around 30,000 tourists each year from both inside and outside Saudi Arabia.

The city is known for its beautiful mountainous scenery and unique climate, especially in the winter season. The Winter at Tantora Festival is the most important festival, celebration, and beautiful calm evenings. Saudi Arabi also took Al-Ula, making it the Middle East’s most prominent and best tourist attraction.

Tantora, the Lions’ Tombs – Khraibeh, and the old town – are three of the city’s most notable tourist attractions. In addition, Barzan Resort is a tourist destination that pays tribute to Al-Ula’s folk and cultural history by showing guests how the Al-Ula people use local natural materials to make tools.

The resort offers the most delicious and delightful Saudi cuisine and the opportunity to acquire palm-leaf handicrafts.