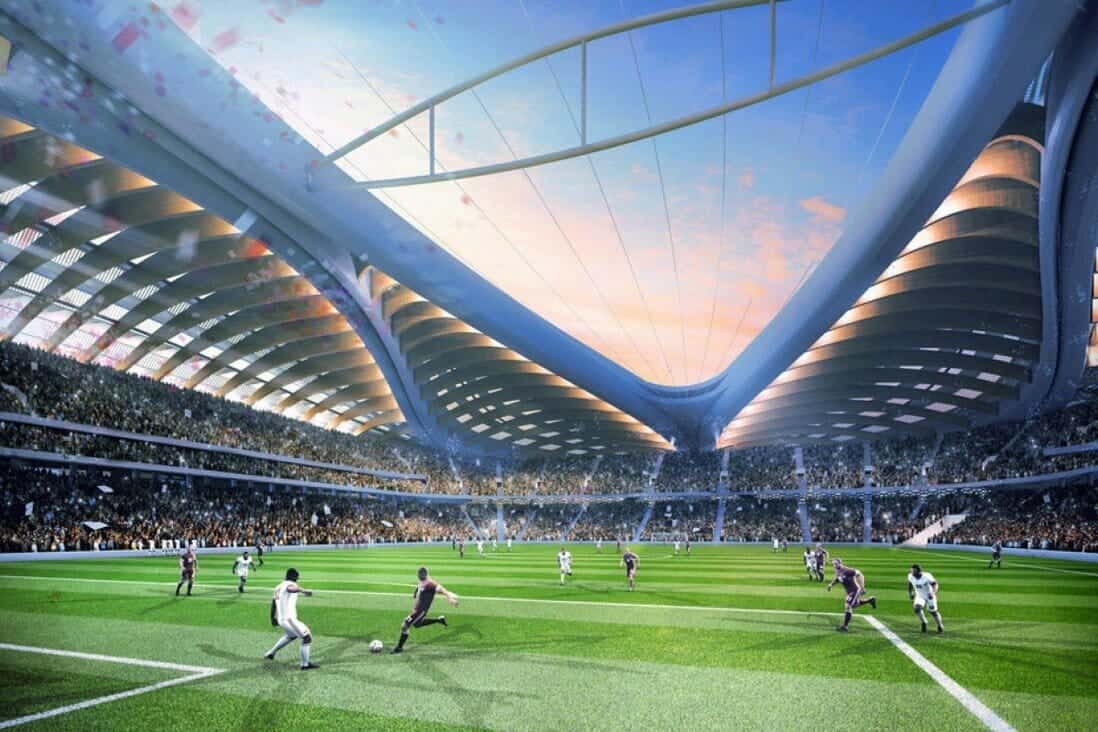 Qatar has spent $200 billion to build infrastructure for Fifa 2022, and plans to use it to sustain its economic growth.

Qatar has spent more than $200 billion for its infrastructure projects in the last decade in the run-up to the 2020 Fifa World Cup. Now, a closer look at its policies suggests that the country has well-laid-out plans to continue that momentum to expand its economy.

The preparation for Fifa World Cup 2022, which will be hosted for the first time in the Arab world, is no less in the first place.

The projects initiated as part of hosting the tournament include the construction of eight stadiums, Doha Metro Rail, a new airport, new seaports, laying new roads, and the futuristic sustainable Lusail City, which can accommodate 450,000 people once completed.

Even otherwise, Qatar has emerged as one of the leading sports hubs of the Middle East by hosting several world tournaments in the last 15 years.

It also wants to develop its LNG industry, and increase non-hydrocarbon revenues such as from hospitality, tourism, and information communication and technology, to ensure that these projects do not remain unused.

Even after the projects are completed, Qatar wants the expats, who arrived in the country for them, to stay back to help its economic growth.

The government has also announced sweeping reforms to its labor market, with a view to ending the kafala system, giving freedom to employees to change jobs, removing exit permits, and upholding the rights of migrant workers.

The government is also expected to continue accelerating the execution and impact of its economic diversification strategy across six transformational themes as part of its Vision 2030.

Qatar, which has been awash with revenues generated from LNG sales for the last 10 years, is looking to expand its LNG industry by stepping up the clean fuel’s production from the current 75 MMTPA to 126 MMTPA by 2026.

Qatar’s proven natural-gas reserves totaled 25trn cubic meters, which constitutes 13 percent of the world LNG reserves and is ranked third in the world — after Iran and Russia — in terms of LNG exports.

Qatar, along with the US and Saudi Arabia, is one of the five founding members of the Net Zero Producers Forum, which was launched in April 2021.

The state-owned Qatar Petroleum or QP signed an LNG contract in September 2020 with Singapore that includes wellhead-to-delivery reporting of greenhouse emissions.

This was a first step towards a future in which carbon taxes or other mechanisms could benefit lower-intensity producers like Qatar.

The PwC report said the combination of an improving demand outlook for LNG with delays to new supply because of the weakened balance sheets of private hydrocarbon companies makes it an ideal moment for Qatar to press ahead with expansion.

In February 2021, QP awarded a $13-billion contract for the main package of the first phase of its North Field Expansion megaproject to a consortium of Japan’s Chiyoda Corporation and France-based Technip Energies.

The new supply stream is expected to come onstream in stages between 2025 and 2027, and QP intends to soon commission another two LNG trains.

“QP may be considering further expansion in the future, which makes sense given that North Field’s reserves are sufficient for around three centuries of production at current levels, whereas the global economy is expected to have fully decarbonized by the end of this century,” the report said.

It also said the LNG trains would cost around $43 billion and benefit from the low-interest-rate environment, enabling QP to finance much of the capex through low-cost bonds as well as equity contributions from joint-venture partners.

The 25th Asian Table Tennis Championships will be held in Doha from October 1 this year.

Meanwhile, of the eight aforementioned stadiums, the Ras Aboud stadium is said to be most innovative as it was constructed using modified shipping containers.

The Spanish architecture practices’ modular design means the stadium can be dismantled and moved to a new location after the tournament.

Repurposed steel containers are expected to be arranged in an elegant curved square and each will be modified to contain elements of the 40,000-seat stadium, including removable seats, concession stands and bathrooms.

The remaining stadiums will be handed over to local clubs to conduct local as well as regional games.

The Qatar Tourism Authority or QTA has unveiled its new tourism-sector strategy up till 2030 and initiated plans to ensure favorable experiences at every point of the visitor’s journey to, from, and within Qatar.

According to QTA, the new strategy aims to attract 5.6 million visitors to Qatar annually by 2023, doubling the number the country welcomed in 2016.

It also aims to achieve a 72-percent occupancy rate across all hotel establishments through a combination of increasing demand and diversifying the country’s tourist accommodation offering.