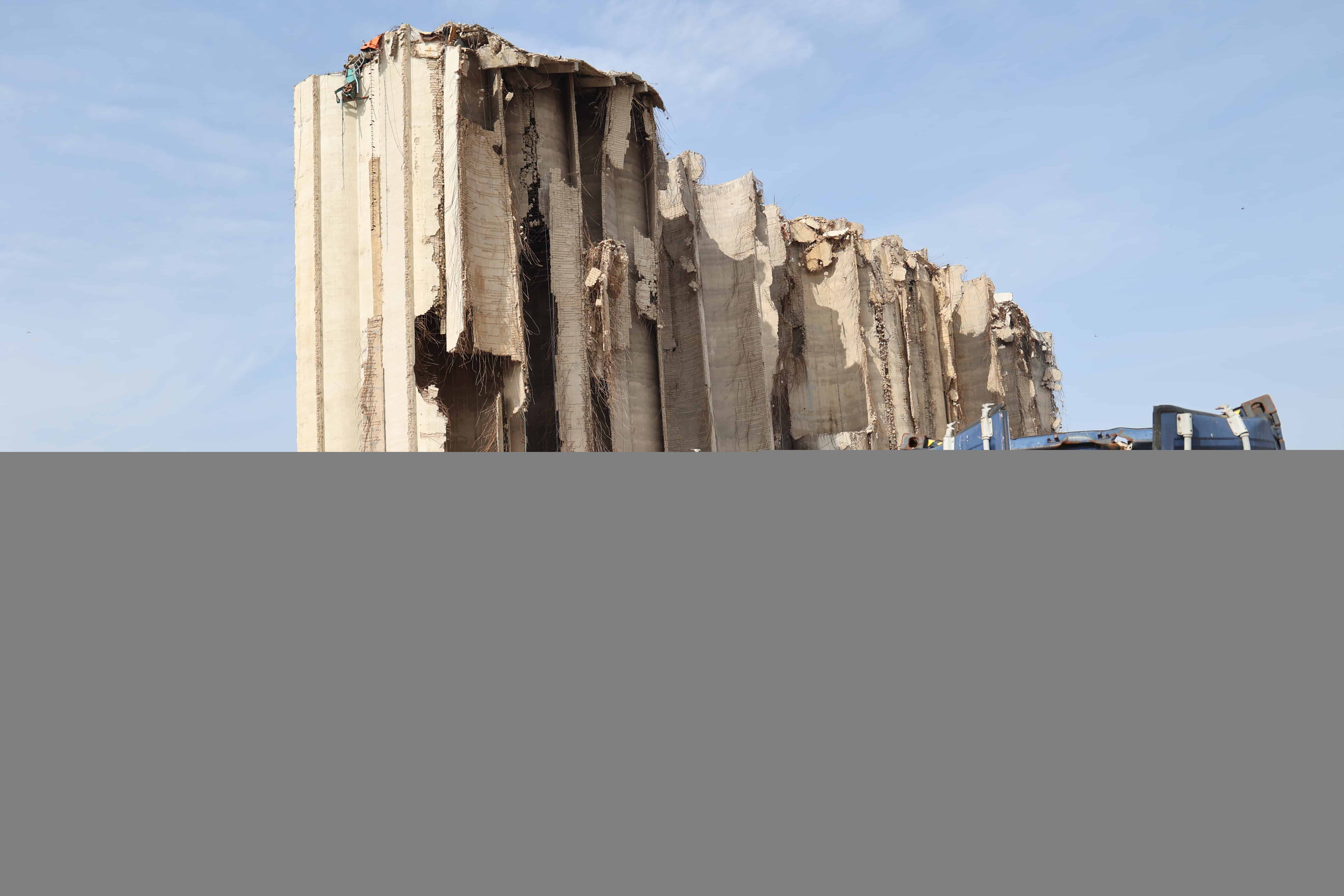 Lebanon on Thursday ordered the demolishment of Beirut’s grain silos, at risk of collapse following a devastating 2020 port explosion, despite calls to preserve them as a memorial site.

“We tasked the Council for Development and Reconstruction with supervising the demolition process,” Information Minister Ziad Makari said after a cabinet meeting, without specifying a time frame.

Makari said the government’s decision was based on a report by Lebanon’s Khatib and Alami Engineering Company, which warned that the silos in the port of the capital Beirut could collapse within months.

“Repairing them will cost a lot,” Makari said.

Last year, Swiss company Amann Engineering also called for their demolition, saying the most damaged of the silos were tilting at a rate of two millimeters per day.

Once boasting a capacity of more than 100,000 tons, the imposing 48 meter (157 foot) high structure has become emblematic of the catastrophic August 4 port blast, that killed more than 200 people and damaged swathes of the capital in 2020.

The silos absorbed much of the blast’s impact, shielding large swaths of west Beirut from its ravaging effects.

Activists and some relatives of blast victims have called for the grain silos to be preserved as a memorial site.

“The silos are a witness to the massacre you committed against us,” said a statement last month by the victim’s families, referring to authorities.

“They will not be demolished, no matter how hard you try.”

To assuage potential anger over the decision, the cabinet on Thursday tasked the interior and culture ministries with erecting a monument commemorating the victims of the explosion.

Authorities say the blast was caused by a shipment of ammonium nitrate fertilizer, that caught fire after being impounded for years on end in haphazard conditions.

Investigations into the tragedy have been paused for months over what rights groups and relatives of the victims have decried as political interference.