Asian markets rise on outlook hope but eyes on inflation 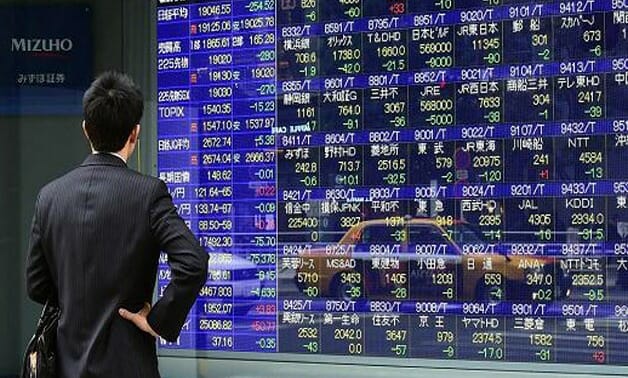 Asian markets edged up as investors remained bullish about the outlook for the global economy while the dollar held gains at the end of a week that saw inflation in the United States and China hit highs not seen in decades.

A respite in the crisis surrounding troubled Chinese developer Evergrande, and reports that Beijing was planning to ease financial rules on the property sector, also provided some much-needed support to the region.

Wall Street offered a broadly upbeat lead after two days of losses fanned by concerns that a forecast-beating spike in prices last month would force the Federal Reserve to wind down its vast bond-buying stimulus scheme quicker than thought and lift interest rates sooner.

However, analysts said dealers remained hopeful that the inflation spurt would not be long-lasting and flatten out as supply chains normalise and employment numbers increase, and that the Fed would not likely change its plans to go slow in removing policy support.

Meanwhile, a better-than-expected earnings season — which came despite the jump in prices and problems accessing supplies — has given traders confidence that the recovery was still on track.

“Inflation could remain elevated in the coming months, and each inflation release that comes in above expectations has the potential to cause volatility in rate and equity markets, but we still don’t expect inflation to derail the equity rally,” Mark Haefele of UBS Global Wealth Management said.

Still, the prospect of higher rates has boosted the dollar, which remains elevated after hitting a four-year high against the yen this week, while it is also enjoying a healthy run-up against the pound and euro.

On equity markets, Tokyo rose as exporters were boosted by the weaker yen, while Sydney and Seoul also rose more than one percent. There were also gains in Shanghai, Singapore, Taipei and Manila, though Wellington and Jakarta struggled.

Hong Kong extended Thursday’s advances, helped by a rally in tech firms, which have suffered a torrid year as China cracked down on the sector.

However, there were mixed fortunes for e-commerce giants Alibaba and JD.com after saying sales during China’s Singles Day extravaganza hit a record, despite the Beijing regulatory efforts.

Investors in the city were also given a boost from news Thursday that China Evergrande had met its bond payment obligations ahead of a deadline, averting a default and buying it some breathing space as it struggles under a mountain of debt. Evergrande ended up nearly 10 percent.

Evergrande is among a number of Chinese developers caught in a regulatory clampdown on speculation and leverage in the property sector.

But authorities now appear to be rolling back some rules, with state media suggesting measures to help developers tap debt markets and allow them to access much-needed cash.

London, Paris and Frankfurt all rose at the open.