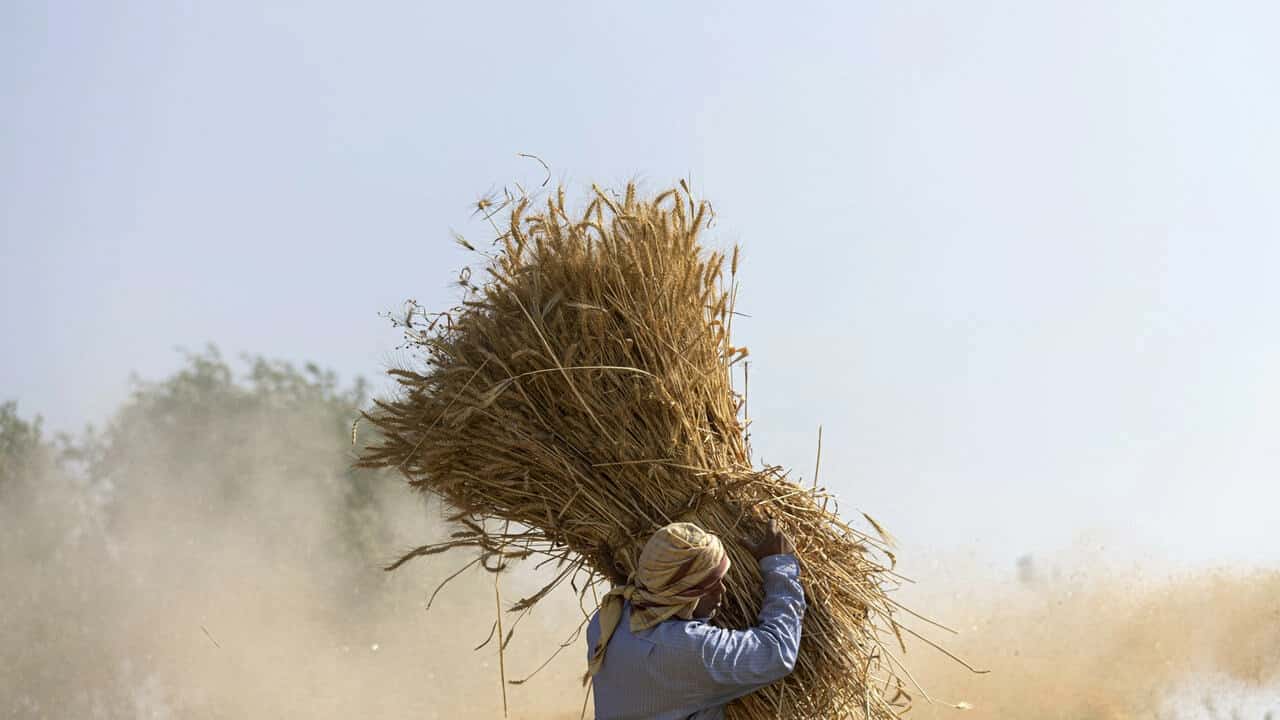 The world is facing overlapping conflict, food, energy and economic crises that have diverted political attention from climate change. (AFP)

By TRENDS Desk AFP
June 22, 2022 1:28 pm
Share
Egypt hopes to jump-start the action needed to face a warming world when it takes the presidency of major UN climate talks in November but warns that countries need a “reality check” as progress stalls.Presiding over the inflection point when a decades-long United Nations climate process switches from negotiation to “implementation”, Egypt has set a high bar for its leadership of this year’s COP27 climate summit.But the challenge of maintaining international momentum on climate change has been made even harder as the world faces a catalog of challenges, with Russia’s invasion of Ukraine and spiraling food, energy, and economic crises.

“Because of the geopolitical situation, climate change is being pushed back,” said Ambassador Mohamed Nasr at a meeting in the German city of Bonn meant to lay the groundwork for the Egyptian conference.

“We are facing a big challenge.”

Outgoing UN climate leader Patricia Espinosa had told delegates that when global leaders gather in Sharm el-Sheikh in November the world will “look nothing like” it did during the climate talks in Glasgow last year.

The international community has agreed that climate change poses an existential threat to human systems and the natural world.

But action to cut carbon pollution and prepare for the accelerating impacts is lagging, as is support for vulnerable countries confronting the ravages of a changing climate.

“It’s time to start the reality check. We have been planning and planning,” said Nasr. Now the question must be: “Is it delivering on the ground or not?”

Nasr said that while Egypt’s presidency of the conference would have “African flavor and African vision”, it would remain resolutely international in focus.

Added to the geopolitical crises are the surging frustrations of vulnerable nations least responsible for climate change over a lack of funding from rich polluters to help them cope with a warming world.

Another flashpoint is “loss and damage”, UN speak for climate damages already incurred. Developing countries have called for a separate financing facility but have only got a “dialogue” instead.

The issue dominated the Bonn talks last week and with little resolved looks likely to be a major theme at COP27 as developing countries push to get it on the agenda.

“It is not what we hoped for,” said Nasr.

He said the historic 2015 Paris Agreement was a “very delicate balance” between pushing ever-more ambitious action on emissions reductions alongside work to help countries prepare for future impacts and deal with damages.

While countries have ramped up ambitions if not action to meet the Paris goal of capping warming to 1.5 degrees Celsius above pre-industrial levels, he said the other elements have yet to be afforded the same level of urgency.

“We need to give assurances to the big constituency of developing countries that their priorities are being dealt with on the same level,” said Nasr.

Another key challenge will be to harness the financial clout of the development banks and private sector to remove barriers hampering the investments needed to reduce emissions and build the infrastructure countries require to grapple with climate change.

“We need this transformation that has happened here (in the UN process) to find its way into those institutions,” said Nasr, calling for more innovative ways to open up access to investments.

“We cannot continue in a business-as-usual scenario when it comes to finance.”

Egypt will release its own updated climate plan within weeks, said Nasr, promising “ambitious targets”, as the country looks to cut emissions in sectors including energy and transport.

But the country, currently battered by record inflation and a severe economic crisis, faces an uphill battle to clean up polluting sectors.

Nasr stressed that “like the overwhelming majority of developing countries, the fulfilment and implementation” of the country’s strategy would depend on appropriate finance.

The UN’s annual Conference of the Parties involves nearly 200 countries, with hundreds of observers, NGOs and very often mass demonstrations designed to ramp up the pressure on political leaders.

Nasr said such gatherings would be allowed around the conference in Egypt, which has outlawed demonstrations, although he said protesters would need to inform and “coordinate with authorities in advance”.

He also sought to give reassurances about access for observers to the UN process after hotel room costs escalated dramatically for some, adding that the government had booked 10,000 rooms at two- and three-star hotels.

As for the decision-makers due to gather in Sharm el-Sheikh, he said that after almost three decades of UN climate talks, they know what is needed to reignite momentum.

“They should make it easier on the presidency and on each other and start delivery,” he said.