Lebanon votes to bring about change in dire economic crisis 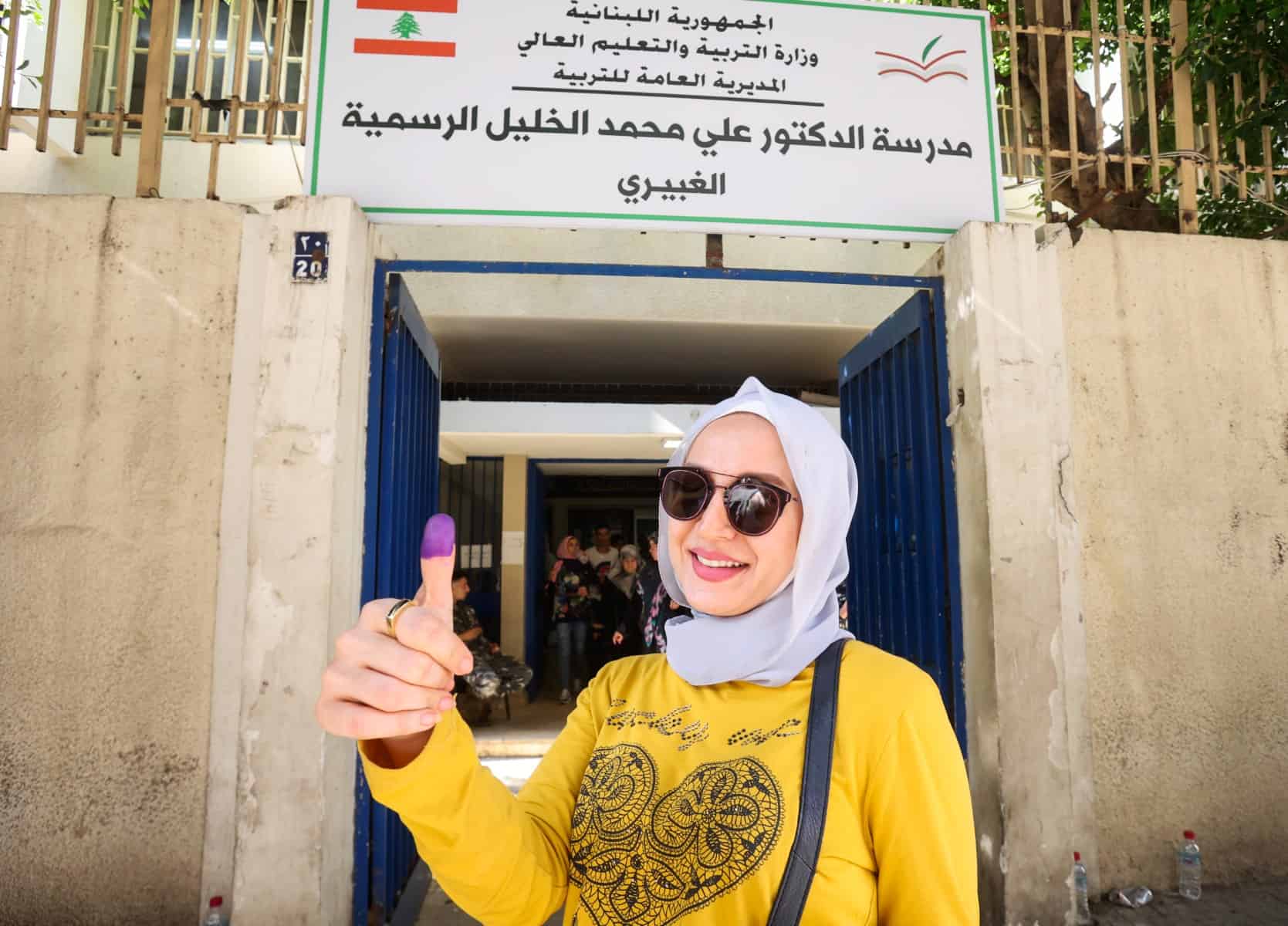 A Lebanese woman shows her ink-stained thumb after casting her vote for parliamentary elections at a polling station in the capital Beirut, on May 15, 2022. (AFP)

By TRENDS Desk AFP
May 16, 2022 2:07 pm
Share
Turnout was low as Lebanon held its first election Sunday since a painful economic crisis dragged it to the brink of becoming a failed state.The vote is seen as a major test for opposition groups bent on ousting the ruling elite. But few observers expected a seismic shift, with all levers of political power firmly in the hands of traditional sectarian parties and an electoral system seen as rigged in their favor.

Lebanon shares power among its religious communities, and politics is often treated as a family business. By convention, the president is a Maronite Christian, the premier a Sunni Muslim, and the parliament speaker a Shiite.

“I voted for change, of course,” said Nabil Bazerji, 64. “Because we can’t continue like this, Lebanon was never in the position that it is in now.”

A new generation of independent candidates ran, hoping to kindle the kind of change that a 2019 protest movement failed to deliver, and they looked likely to do better than the single assembly seat they clinched last time.

But most of parliament’s 128 seats are expected to remain in the grip of the entrenched groups blamed for the country’s woes chiefly the economic downturn that is the worst crisis since the 1975-1990 civil war.

“It seems almost impossible to imagine Lebanon voting for more of the same,” said Sam Heller, an analyst with the Century Foundation. “And yet that appears to be the likeliest outcome.”

Lebanon’s crisis has been so severe that more than 80 percent of the population is now considered poor by the United Nations, with the most desperate increasingly attempting perilous boat crossings to flee to Europe.

The Lebanese pound has lost 95 percent of its value on the black market, people’s savings are blocked in banks, the minimum wage won’t fill a car with fuel and mains electricity comes on only two hours a day.

Deepening the country’s woes, much of the capital Beirut was devastated by the deadly August 2020 explosion of volatile chemicals that had been left for years in a portside warehouse, one of the largest non-nuclear blasts ever recorded.

Top political barons have stalled an investigation into the disaster, and legal proceedings against the central bank governor over alleged financial crimes are equally floundering.

Lebanon, once described as the Switzerland of the Middle East, ranked second-to-last behind Afghanistan in the latest World Happiness Index released in March.

The army deployed across the country Sunday to secure the election, which Lebanon’s international donors have stressed is a prerequisite for financial aid crucial to rescue it from bankruptcy.

After an underwhelming campaign stifled by the all-consuming economic turmoil, voting was only disrupted by minor incidents in some polling stations.

The Iran-backed Hezbollah group and its allies threatened independent observers of the Lebanese Association for Democratic Elections (Lade) at polling stations, the association said.

‘Getting back our Lebanon’

Despite government assurances that polling stations would have power on election day, some voters had to use their phones’ torches.

The outgoing parliament was dominated by the Shiite movement Hezbollah and its two main allies, the Shiite Amal party of speaker Nabih Berri, who has held the job since 1992, and President Michel Aoun’s Christian Free Patriotic Movement.

One of the most notable changes in the electoral landscape was the absence of former prime minister Saad Hariri, which leaves parts of the Sunni vote up for grabs by new players.

Supporters of Hariri skipped elections and, in Beirut, some set up inflatable swimming pools to show their boycott of the vote.

For many voters, the election was a chance to vent their anger at the entire ruling elite.

“These elections are first and foremost a means of rooting out this political class and getting back our Lebanon,” said Shadi, a 38-year-old whose flat was destroyed in the port explosion, declining to give his second name.

Like many others who posted pictures on social media Sunday, he chose to dip his middle figure in the bottle of electoral blue ink after casting his ballot.