More than 4m could lose water in Lebanon, warns Unicef 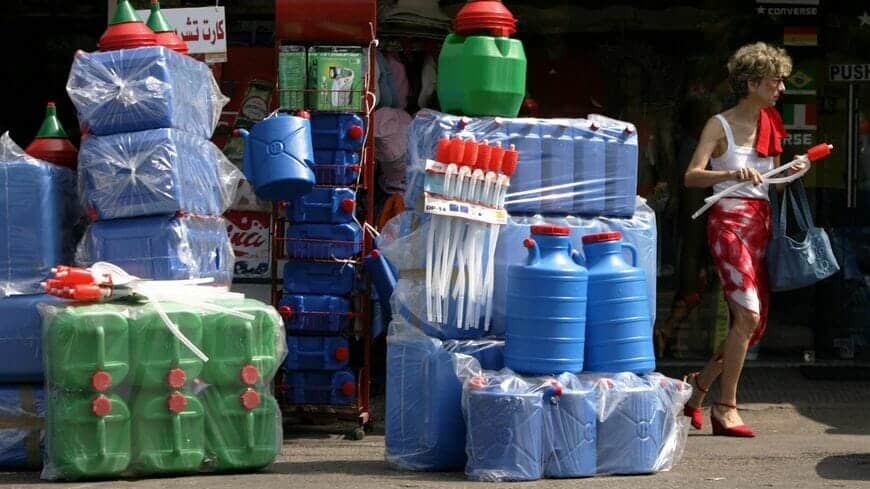 The United Nations Children’s Fund has warned that 4 million people — mostly vulnerable children and families — in Lebanon could be cut off from water “unless urgent action is taken.”

The UN agency had already warned last month that the country had four-to-six weeks before its water supply system collapsed due to lack of fuel, with as much as 71 percent of the population affected.

It has now said in a statement: “Since then, this perilous situation has continued, with critical services including water and sanitation, power networks and healthcare under huge strain.”

It added: “Vital facilities such as hospitals and health centers have been without access to safe water due to electricity shortages, putting lives at risk.”

Unicef said it was now calling for the urgent restoration of the power supply, which it claimed was “the only solution to keep water services running.”

It added: “If 4 million people are forced to resort to unsafe and costly sources of water, public health and hygiene will be compromised, and Lebanon could see an increase in waterborne diseases, in addition to the surge in Covid-19 cases.”

Lebanon is currently suffering from one of the world’s worst economic crises since the mid-1800s, which has resulted in shortages of food, medicine, and fuel.

The fuel situation is such that on one hand the nation is reeling under protracted power outages, while on the other hand hospitals are unable to run life-saving equipment because they are running out of fuel for generators.

Matters have only been made worse by the withdrawal of fuel subsidies by the country’s central bank, even as foreign powers scramble to get electricity to the country.