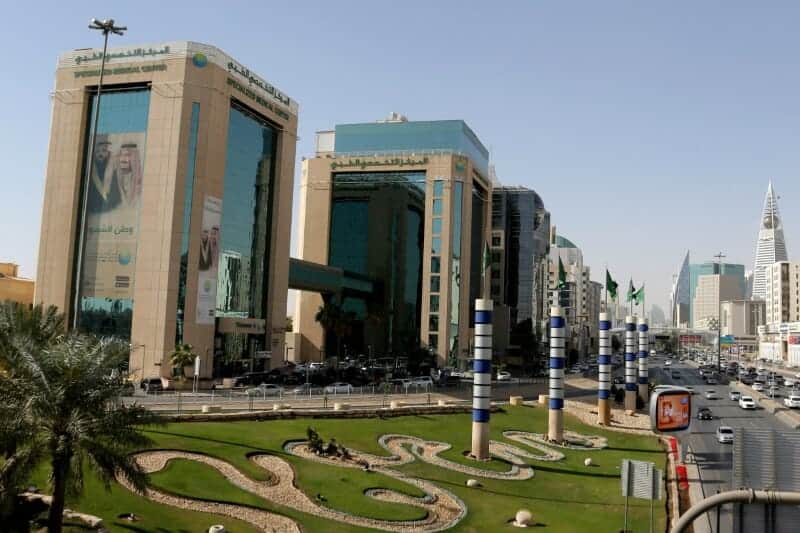 While the forecast for the economic recovery of Saudi Arabia looks positive, a few sectors that have driven growth in the kingdom during the second quarter of the current fiscal have been in real estate, non-oil manufacturing, and wholesale, retail trade, restaurants, and hotels.

In its latest figures on the trajectory of the growth in the vital sectors of the kingdom’s economy, the General Authority for Statistic (GaStat) said that the overall GDP in Q2 of 2021 has been 1.8 percent. The robust growth was witnessed in real estate (12 percent), non-oil manufacturing (15 percent), and wholesale, retail trade restaurants, and hotels (16.9 percent). But the kingdom took a big hit from the declining oil and gas sector, which decreased by 6.9 percent.

The country’s overall GDP is expected to increase by 4.8 percent in 2021 and 6.3 percent in 2022. Unlike in the past, when the oil and gas industry led to tremendous economic growth, the Saudi Arabia Vision 2030 strategic approach diversifies non-oil income sectors. Saudi Arabia is now making significant progress in manufacturing, transport, logistics, renewable energy production, tourism, and mineral, and believes in the country’s development prospects in each sector.

With the gradual return of economic and commercial activity because of the decrease in the Covid transmission, Saudi Arabia’s real estate sector is seeking a strategy to recover from the effects of the crisis, which impacted workers and investors.

Experts in this industry are expecting to return to the growth path in the next six months. However, this depends on several circumstances, including the revival of several sectors and the Saudi government’s development programs in multiple cities and regions, including the capital Riyadh.

It is estimated that Saudi Arabia would need to build 1.5 million new homes by 2030, with more than 5,000 capital projects worth over $1.6 trillion in the pre-implementation phase.

Once the pandemic blows over, the retail industry will need to shift to more flexible, omnichannel, and tech-enabled business models. While the physical retail experience is still present, online shopping and e-commerce trends are changing consumer expectations. Local e-commerce companies continue to expand their market capitalization, while “signature assets” to be delivered in the next 1-2 years are expected to make way for more attractive leasing opportunities within retail real estate in Saudi Arabia.

Due to the recent drop in oil prices, interests have shifted to other industries, and manufacturing is at the top of the list of potential and financial backing. This could turn out to be a blessing in disguise for Saudi Arabia, as this industry will provide a future alternative for their mostly oil-dependent economy. Saudi Arabia’s manufacturing industry benefits from government support, large investments, and a welcoming attitude toward foreign direct investment.

The development of R&D facilities, government support, modern infrastructure, and business-friendly regulations are essential factors in the manufacturing industry’s growth.

Saudi Arabia’s government is supporting the manufacturing industry financially and administratively. These include the development of required infrastructure, the construction of new industrial cities like Jubail and Yanbu, the formation of the Saudi Industrial Development Fund (SIDF), and other industrialization incentives.

The government now plans to invest in constructing six new economic cities that will have business-friendly policies and modern infrastructure. Their stronghold on the plastics and chemicals markets contributes to the plan’s ease of implementation.

The hotel industry in Saudi Arabia has become one of the most important industries in the country.

It is expected that after the end of the pandemic, the hotel industry in the kingdom will see progress in terms of increasing the number of hotels and the amount of investment, where investments have risen dramatically, with $43.6 billion spent on this sector in 2020.

According to STR, Saudi Arabia’s hospitality sector is increasing quickly among the world’s 50 most populous countries. This is part of Saudi’s Vision 2030, which aims to attract 100 million visitors annually by the end of the decade, necessitating a significant increase in the number of hotel rooms available.

The report added that the projects currently being developed strongly indicate that efforts are being made to achieve the goal.

The number of hotels in the Kingdom is expected to grow over the next five years, with the completion of the first phases of hotel and resort projects in NEOM, the Red Sea Project, and Amala.

The concerned authorities in the program are receiving increasing requests for permits to experiment with financial technology, which aims to promote innovation and technology development in the financial market to help entrepreneurs discover financing and investment opportunities.