UAE warns of reprisals for ‘Houthi attack’ on Abu Dhabi 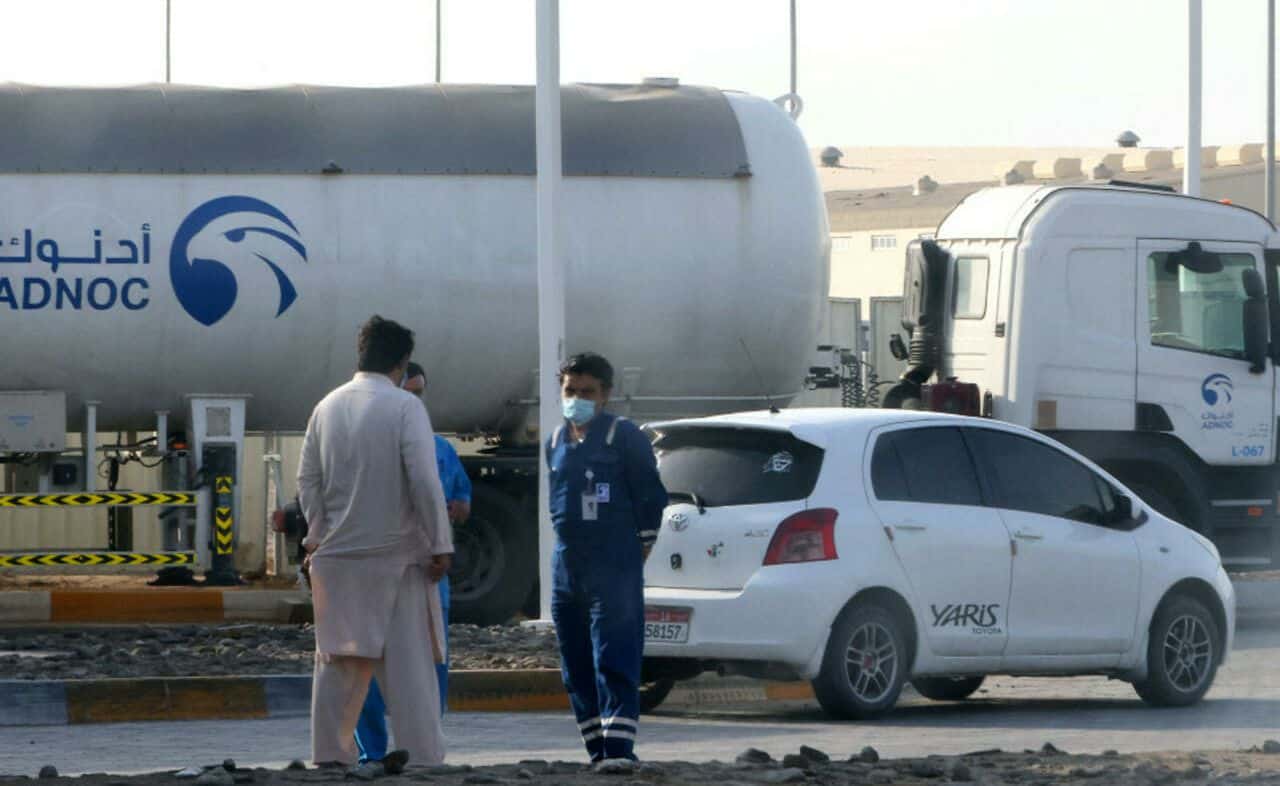 “The UAE reserves the right to respond to these terrorist attacks and this heinous criminal escalation,” a foreign ministry statement said, quoted by the official WAM news agency.

Three people were killed and six wounded as a suspected drone attack blew up petrol tanks near a major oil storage facility in Abu Dhabi, state media said on Monday.

The explosions “resulted in the death of a Pakistani national and two Indian nationals, and six others sustained mild to moderate injuries,” according to state news agency WAM.

Earlier, the police in Abu Dhabi said that a fire broke out this morning, which led to the explosion of three petroleum tankers in ICAD 3, Mussafah, near ADNOC’s storage tanks.

A minor fire also broke out in the new construction area of Abu Dhabi International Airport.

Preliminary investigations suggest that the cause of the fires are small flying objects, possibly belonging to drones, that fell in the two areas. Teams from the competent authorities have been dispatched and the fire is currently being put out.

The competent authorities have launched an extensive investigation into the cause of the fire and the circumstances surrounding it. However, there are no significant damages resulting from the two accidents.

The United States condemned the Monday’s drone strike on Abu Dhabi, and vowed to hold the rebels accountable for the “terrorist attack”.

“The Houthis have claimed responsibility for this attack, and we will work with the UAE and international partners to hold them accountable,” National Security Advisor Jake Sullivan said in a White House statement.

“Our commitment to the security of the UAE is unwavering and we stand beside our Emirati partners against all threats to their territory.”

The State Department echoed the condemnation, according to a statement from spokesman Ned Price.

“We express our condolences to the families of these victims and to the people of the UAE,” he said.

“We reiterate our unwavering commitment to the security of the UAE and stand united with our Emirati partner.”

“The Secretary expressed his solidarity with the Emirati people and voiced his condolences for the loss of life.”