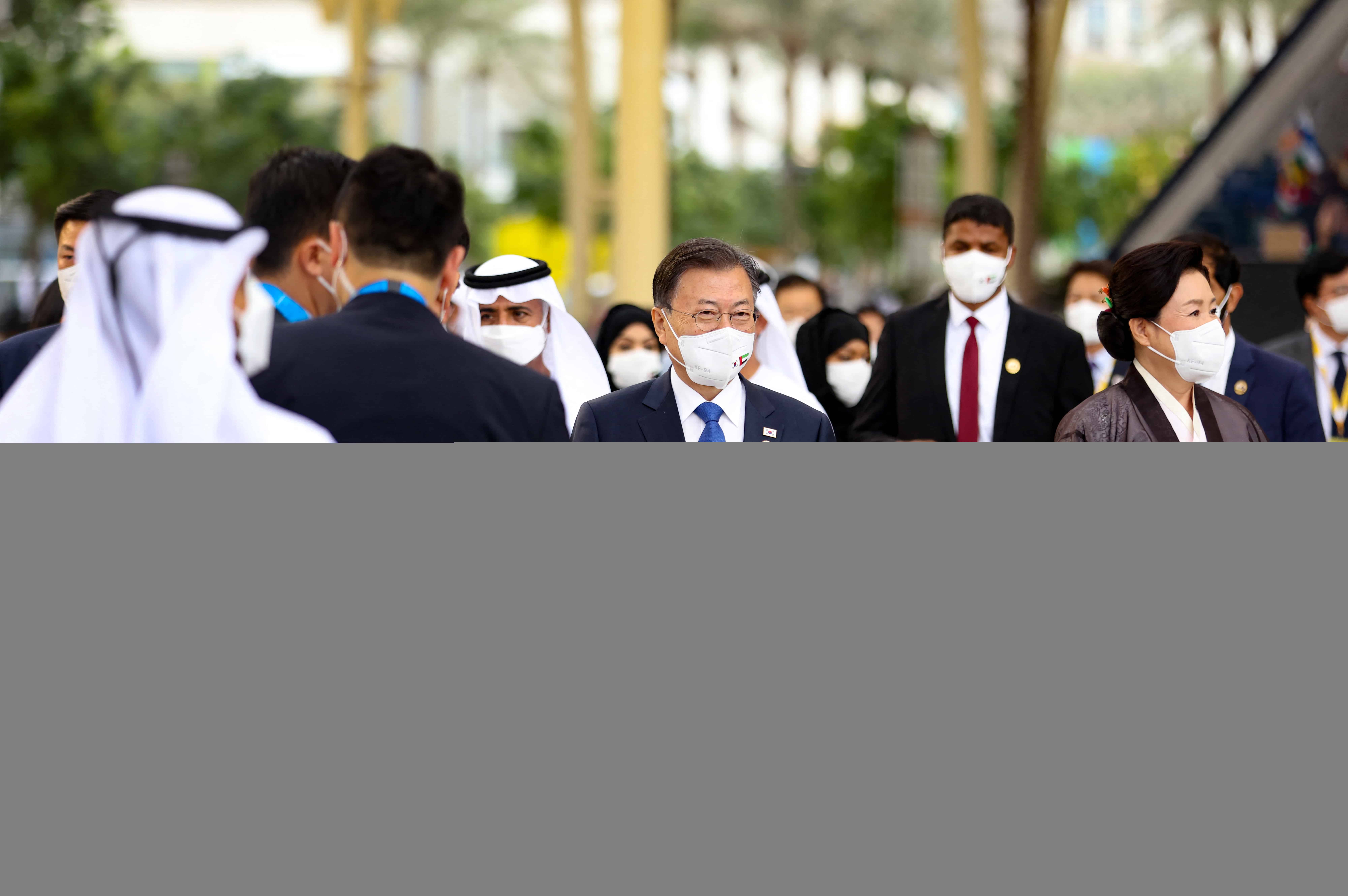 South Korea’s soft power matches its economic achievements, President Moon Jae-in said on Sunday at the start of a Middle East tour expected to focus on business and trade opportunities.

K-pop stars have “charmed the world”, the president said at Dubai’s Expo in the United Arab Emirates, the first leg of a trip that will also take him to Saudi Arabia and Egypt.

Moon talked up the Korean pop music, TV and film that has become wildly popular in many countries across the globe, including in nations in the Middle East.

“(Koreans’) yearning for mutual happiness has fostered soft power just as strong as their economic might,” he said, in a speech book-ended by sporting performances of taekwondo as well as of traditional dance.

“Under a starlit desert sky this evening, a dazzling show of K-pop starts who charmed the entire world will come alive,” Moon told an audience of several hundred on a damp afternoon in Dubai.

Korean culture is riding high after the success of K-pop bands such as BTS, Oscar-winning film “Parasite” and TV shows like “Squid Game”, Netflix’s most popular series launch.

The craze has not escaped the Gulf region, with BTS the most streamed artist on Spotify last year in Saudi Arabia.

He was expected to discuss cooperation in the hydrogen industry, a growing sector for the post-fossil fuels era, and collaboration in defense, infrastructure and climate change, according to South Korean news agency Yonhap.

He is expected to announce the resumption of Gulf free-trade talks after meeting the leader of the Gulf Cooperation Council on Wednesday, Nayef al-Hajraf, before discussions with Egyptian President Abdel Fattah al-Sisi in Cairo on Thursday, the agency added.