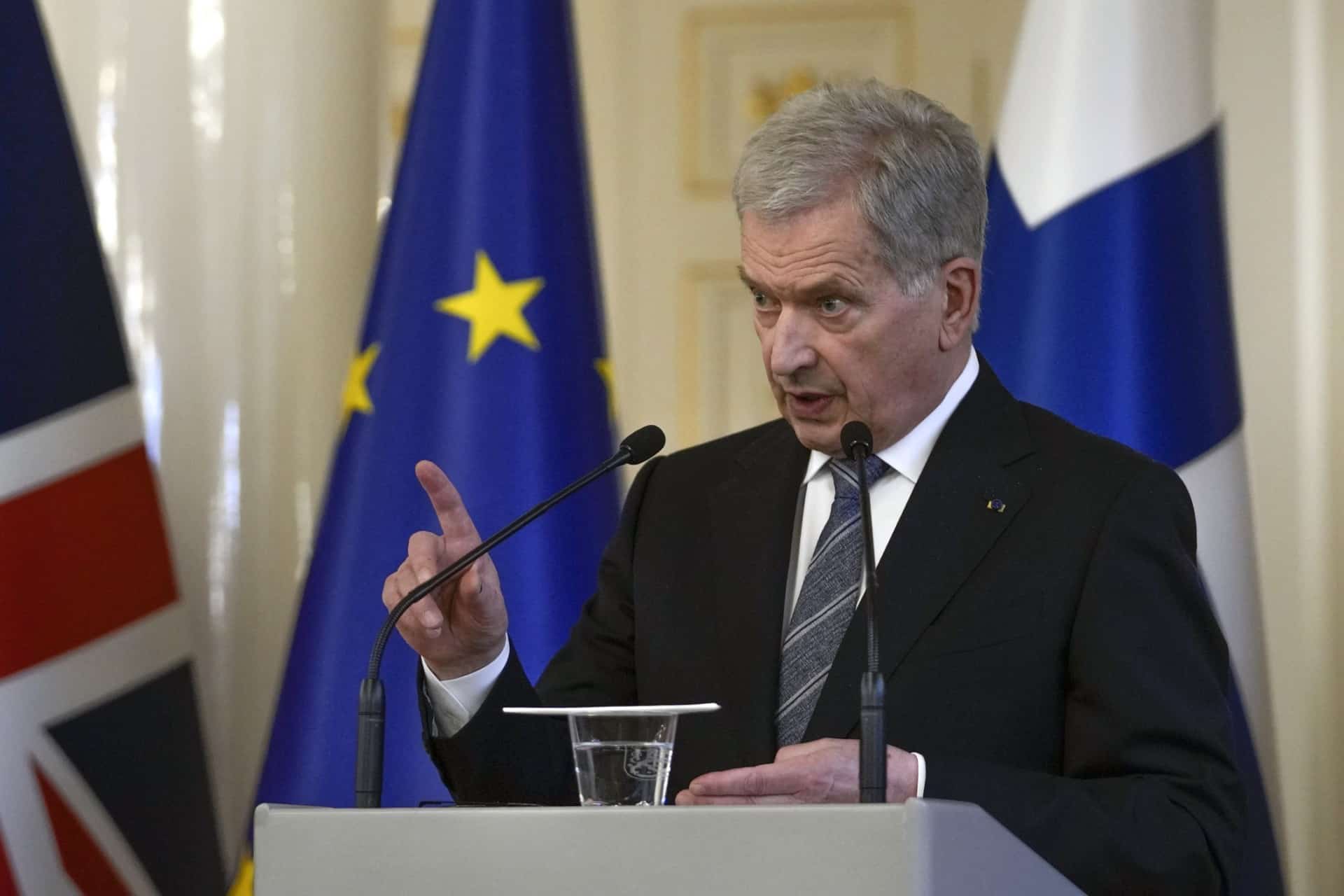 Finland "wants to take care of the practical questions arising from being a neighbor of Russia in a correct and professional manner," President Niinisto said / AFP)

Finnish President Sauli Niinisto spoke with his Russian counterpart Vladimir Putin on Saturday regarding the Nordic country’s application for NATO membership, which is expected to be officially announced this weekend, his office said.

“The conversation was direct and straight-forward and it was conducted without aggravations. Avoiding tensions was considered important,” Niinisto was quoted as saying in a statement by his office.

“The phone call was initiated by Finland.”

Finland “wants to take care of the practical questions arising from being a neighbor of Russia in a correct and professional manner,” Niinisto said.

The Finnish president and Prime Minister Sanna Marin had said on Thursday that they wanted the country to join NATO “without delay” and that a membership bid was expected to be announced on Sunday.

Moscow responded by saying it would “definitely” see Finnish membership as a threat and that Moscow would be “forced to take reciprocal steps, military-technical and other, to address the resulting threats”.

Neighboring Sweden, like Finland traditionally neutral, is also expected to announce its own membership bid in the coming days.

According to Helsinki, Niinisto told Putin “how fundamentally the Russian demands in late 2021 aiming at preventing countries from joining NATO and Russia’s massive invasion of Ukraine in February 2022 have altered the security environment of Finland.”

Already on Thursday, Niniisto had told Russia: “You caused this. Look in the mirror.”

After Finland’s NATO membership bid is officially announced on Sunday, it will be discussed by parliament on Monday.