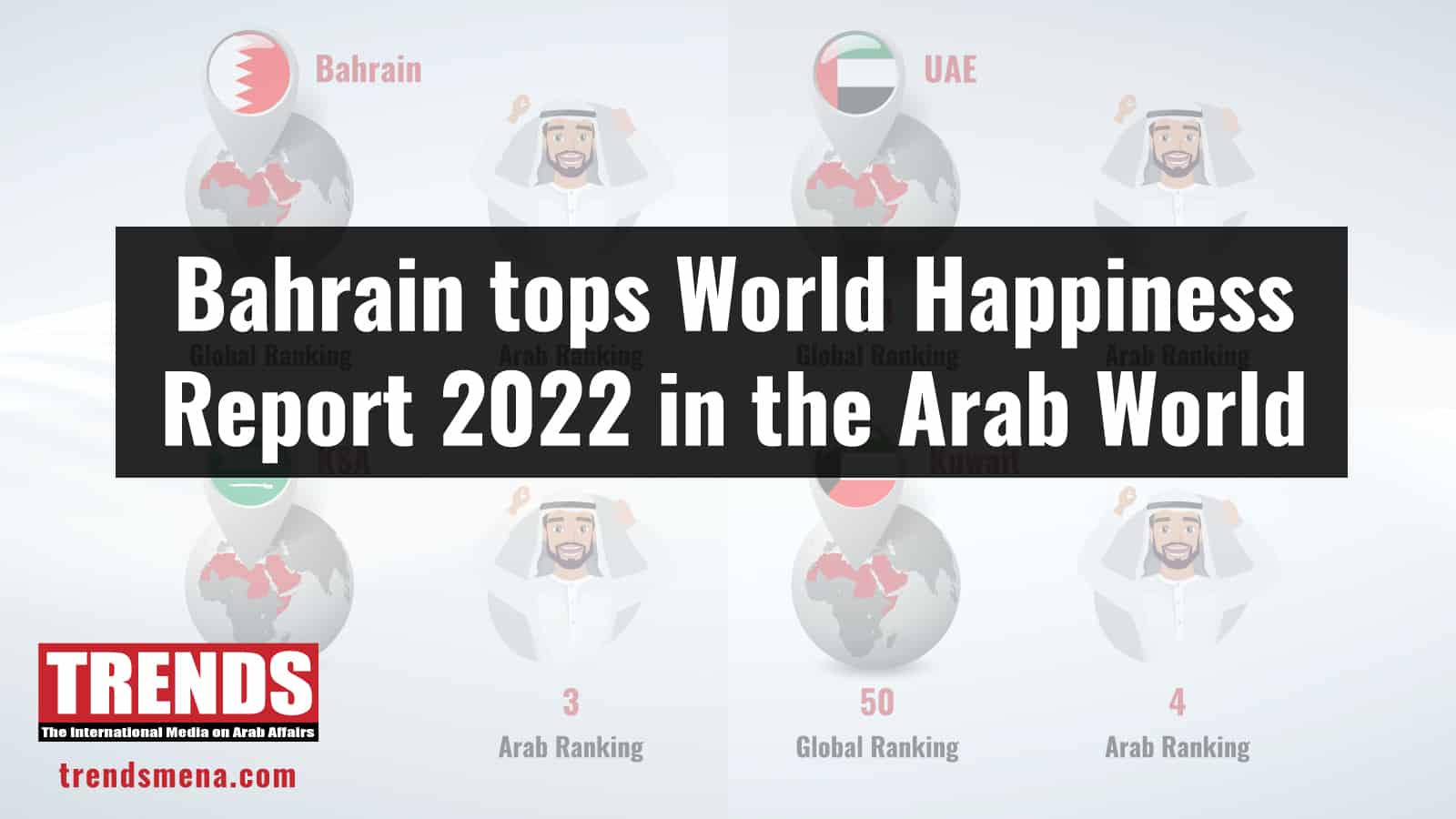 The 10th edition of the World Happiness Report, published late last week, has seen the members of the Gulf Cooperation Council (GCC) take the top rankings among Middle-Eastern countries.

It may be noted, though, that Oman and Qatar do not figure among the 146 countries that the report ranked after asking citizens how happy they felt.

Barring them, the four founding members of the GCC have featured within the top 50 of the World Happiness Report.

Related report: Which are the happiest Arab countries?

What is the World Happiness Report?

The World Happiness Report is a publication of the United Nation’s Sustainable Development Solutions Network.

The rankings are said to be based on answers to the main life evaluation question asked in the poll.

They are then asked to rate their own current lives on that 0-10 scale, a method known as the Cantril ladder.

Given that the data being considered is from three years, and an annual Gallup poll usually has 1,000 respondents from each country, the overall sample size for the happiness report is 3,000 people.

The official website of the report explains: “A sample size of 2,000 to 3,000 is large enough to give a reasonably good estimate at the national level.”

Northern Europe seems to have the happiest people in the world, with Finland, Denmark, and Iceland taking the top three positions, in that order.

In fact, Finland and Denmark have held on to the top two spots from last year.

Switzerland and the Netherlands, also from Europe, are in the fourth and fifth positions, respectively.

Sweden and Norway, again from Northern Europe are in the seventh and eighth positions, respectively.

As a result, Europe makes up for eight out of the top 10 countries in the rankings.

The only non-European countries in the top spots are Israel at No 7 and New Zealand at No 10, the Oceanian country having held on to its ranking from last year.

On the other side of the spectrum, Afghanistan was the least happy country, rounding up the tail at the 146th spot.

As for the Arab region or the greater Middle East region, the Bahrain has taken the top spot, with an overall ranking of 21.

Giving close chase is the United Arab Emirates, which has been ranked 24 this year, and right behind is Saudi Arabia at 25.

All three countries have risen two spots since the 2021 report was published.

Rounding up the GCC representation is Kuwait, whose ranking at 50 is actually a slip of two spots from the previous year.

Of the other countries in the Middle East, Libya is the overall fifth, having gone down from 81 to 86 in the rankings.

Algeria, however, seems to have done a commendable job to grab the sixth position in the region, having gone up from 110 last year to 96 this year overall.

In doing so, it has outdone neighbor Morocco, which itself has seen an annual improvement of ranking from 107 to 100.

That 107 spot is now occupied by Iraq, which has improved its ranking from 112 last year.

Even Tunisia, which is ninth among the top 10 happiest countries in the region, has improved its overall ranking from 123 to 120.

Egypt rounds of the list, having risen from 133 overall last year to 129 this year.

Here’s the overall ranking of the top 10: