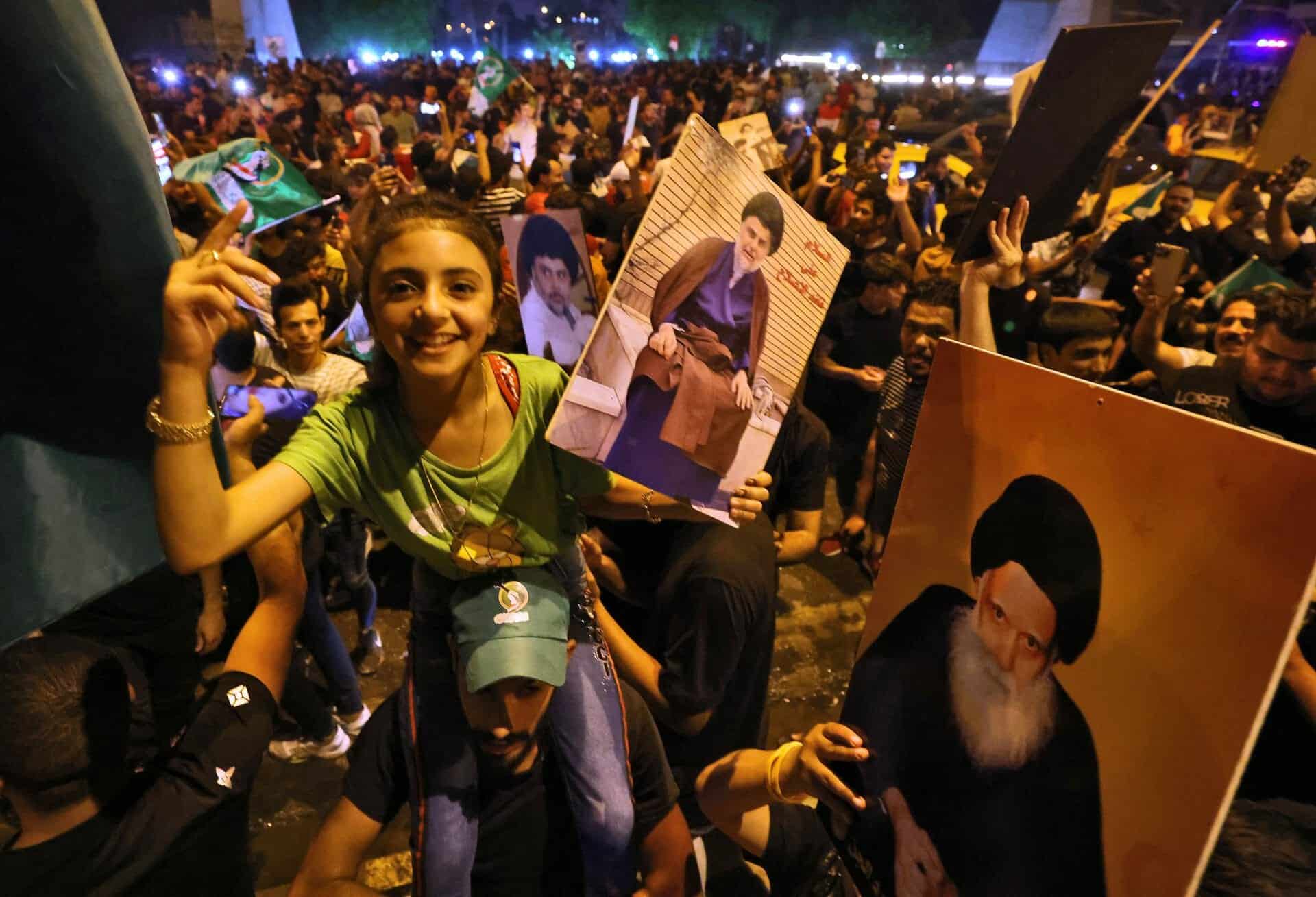 The political movement of Iraq’s influential Shiite cleric Moqtada Sadr on Monday said it had retained the biggest share of seats in the country’s parliament, after elections with a record low voter turnout.

A Sadrist official who asked not to be named said that the movement had won around 73 of the parliament’s 329 seats in Sunday’s election.

“The people should celebrate this victory of the biggest bloc… without causing any inconvenience,” Sadr, a former militia leader who opposes all foreign influence in Iraq, said in a televised address.

Sadrists held 54 seats, also the largest bloc, in the former parliament, and were considered the favourites in the election which occurred against widespread disillusionment about a political elite seen as inept and corrupt.

An electoral commission official confirmed that preliminary results from Sunday’s poll showed the Sadrists “in the lead”.

Although experts had expected the large blocs to preserve their dominance in the fragmented parliament, the lack of a clear majority will force them to negotiate alliances.

The election was moved forward from 2022 as a concession to an anti-government protest movement that has demanded deep reforms in the oil-rich yet poverty-stricken country.

In the end, voter participation hit a new low in Iraq’s fifth election since the 2003 US-led invasion that ousted dictator Saddam Hussein with the promise of bringing freedom and democracy.

Preliminary turnout was just 41 percent, the electoral commission said — below the modest 44.5 percent recorded in 2018.

UN Secretary-General Antonio Guterres hailed the “largely peaceful conduct” of the vote and urged “all stakeholders to show patience” as the electoral commission tabulates the results.

“The weak turnout is a warning,” said the Iraqi researcher.

Kerar Haider, who was busy removing campaign posters from the streets of the capital’s Karrada district, said he did not vote “because it is useless”. “The same faces always come back,” the 26-year-old said.

Iraq is a major oil producer. However, nearly a third of its almost 40 million people live in poverty, according to UN figures, and the Covid pandemic only deepened a long-running crisis.

Kadhemi’s own political future is now uncertain, with few observers willing to predict who will emerge as leader after the usual political haggling between factions that follow Iraqi elections.

The election was held under tight security in a country where key parliamentary blocs have armed factions and Islamic State group jihadists have launched mass-casualty suicide attacks this year.

Airports were closed and travel between provinces banned, while voters were searched twice at polling stations.

An attack blamed on IS at a voting centre in a remote part of northern Iraq left a police officer dead, a security source said.

Authorities also reported the arrest of 77 suspects for electoral “violations”.

The vote was marred by problems at some stations, including malfunctioning equipment and fingerprint readers, officials and journalists said.

About 25 million eligible voters were called to choose from more than 3,200 candidates.

Iraqi politics, and the legislature, have been dominated by factions representing the country’s Shiite Muslim majority since the fall of Saddam’s Sunni-led regime.

But they are increasingly split, including in their attitudes toward powerful Shiite neighbour Iran, which competes with the United States for strategic influence in Iraq.

Sadr is a political maverick and former anti-US militia leader. He was among those who hailed their electoral “success” ahead of official results.

The most powerful pro-Iranian factions are from the bloc linked to the Hashed al-Shaabi umbrella group of paramilitary groups, which helped defeat IS.

Iraq by convention has had a Shiite prime minister, a Sunni parliament speaker and a Kurdish president.