GCC looks up to stars with its space probe 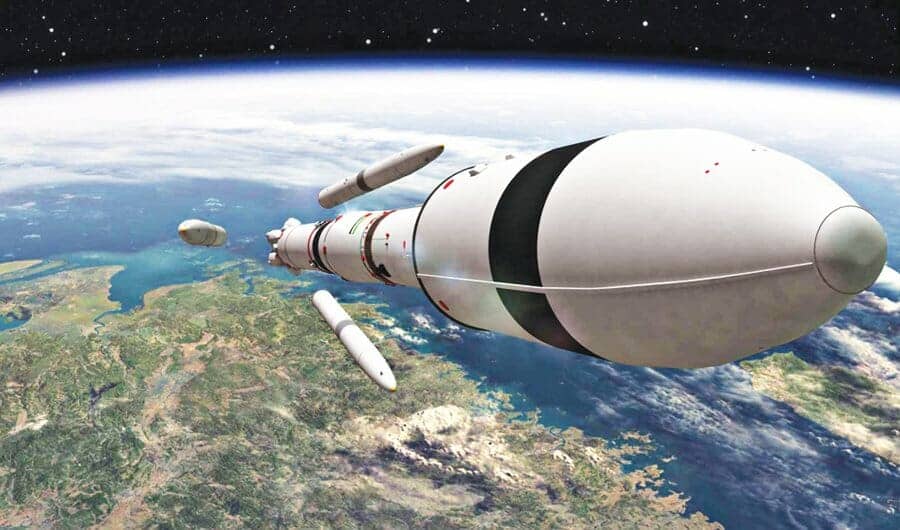 The Gulf Cooperation Council (GCC) might have been a late entrant to the exclusive club of space programs, but with its deep pockets it has gradually squeezed its way to be among the top countries in the mission to explore space.

According to a report released by Space Capital, the overall value of private investments in space enterprises reached an all-time high of US$4.5bn in 2021 Q2 and is predicted to reach US$1.1trn by 2040 and exceed US$3trn by 2050.

It is predicted that investments this year will exceed the record level set in 2020, which was US$9.1bn.

The GCC countries collaborate with the world’s premier space agencies to build institutions that develop strategic plans to reach space by deploying several probes and satellites that help develop science and technology.

The Gulf’s drive to invest in space is aligned with the scientific renaissance, which relies on space to achieve more scientific discoveries in physics, meteorology, planetary movement, and climate, as well as its broader effort to diversify its economy in a variety of fields.

With the establishment of numerous organizations and research institutes moving efficiently to enhance their country’s potential in the space industry, Arab country’s competition in space technology and sciences has become apparent.

Although certain Arab countries joined this sector late, they have achieved significant progress in obtaining distinguished experiences in this field. With the arrival of the Emirati “Hope Probe” in Mars orbit in February 2021, Arab space exploration has reached a new and exciting phase.

Developing the industrial basis needed to support space exploration offers a variety of commercial goals and economic benefits. But there’s more: GCC governments today have created a complete vision of space for the twenty-first century based on profit, power, image, and control.

The UAE is leading the race

The UAE’s plan to boost space investment attempts to meet the country’s Vision 2021 and Centennial 2071 goals, including making the UAE the best country in the world in many fields and establishing an economy based on knowledge, creativity, and future technological applications.

The UAE space sector is the largest in the region regarding investments, project size, and several companies operating in the industry. The country’s investments totaling more than US$22bn, including various space projects, carried out by institutions and driving operating entities in the sector.

These investments and space projects prove that space technologies play an increasingly important role in supporting countries’ economies and security. Moreover, they are an integral part of modern life, from communications, navigation, and broadcasting to monitoring and forecasting weather conditions and natural disasters.

In addition to the US$200m Mars mission, the Emiratis have plans to send drones to the moon in 2024 and create a human settlement on Mars by 2117.

The lunar module will send photographs and data from new places on the moon that previous lunar missions have not visited. It will be entirely designed and constructed in the UAE by Emirati engineers.

Despite the UAE’s big aspirations, funding has been limited thus far. The UAE space program has around US$5.4bn in public-private financing, compared to NASA’s US$23.3bn budget for 2021.

Saudi Arabia decided to strengthen its presence in the space race as part of Vision 2030. Hence the Saudi Space Authority was established to promote space-related research and industrial activities.

Saudi Arabia is to spend US$2.1bn by 2030 to enhance its space program as part of an effective economic diversification strategy to attract foreign investment and create thousands of jobs for Saudi youth. According to some estimates, the business will produce more than US$1trn per year by 2040.

The Saudi program is the only one that compares in scope and ambition to the UAE’s. Saudi Arabia has built links with the California Institute of Technology and Stanford University in space technology, and Riyadh has signed several agreements with the US, China, Russia, France, and Germany. For example, Riyadh and Beijing announced a deal last month to send a Saudi scientific mission to the Chinese space station in 2022.

Kuwait and Qatar have signed agreements with international agencies to establish a presence in the region’s ongoing scientific competition.

Kuwait University has joined the Soil Moisture Scheme Project “SMAP,” which was launched by The US space agency “NASA”. In addition, the Kuwait Scientific Center announced the successful launch of Kuwait’s first scientific experiment to the International Space Station in December 2020.

On one hand, Qatar has been focused on all aspects of space research. “NASA” and the Qatar Foundation signed a collaboration project in the field of space in 2020 to develop a scientific satellite project that will map groundwater and investigate ice melting in the Earth’s north and south poles.

“Qatar Program for Searching for Exoplanets” made significant efforts to expand Doha’s role in the field of space and associated sciences, aiming to make Qatar a prominent member in the global team searching for planets outside the solar system.

Furthermore, the rich Arab countries’ current spending in space programs primarily aims to develop their scientific-industrial basis through the rapid development of their education systems. These and other programs’ ultimate goals are to diversify national economies and minimize reliance on oil and gas exports.

While Saudi Arabia, the UAE and other Gulf states are keen to highlight their programs’ scientific and economic promises, there are different agendas at work behind the scenes.

The GCC space projects, for example, provide an opportunity to expand their diplomatic contacts. These programs aid in the development of closer ties with the scientific institutions of the world’s leading powers, particularly Russia and China, which is critical for the Gulf countries to consolidate their presence as regional and even international regulators in the field of space in the region.