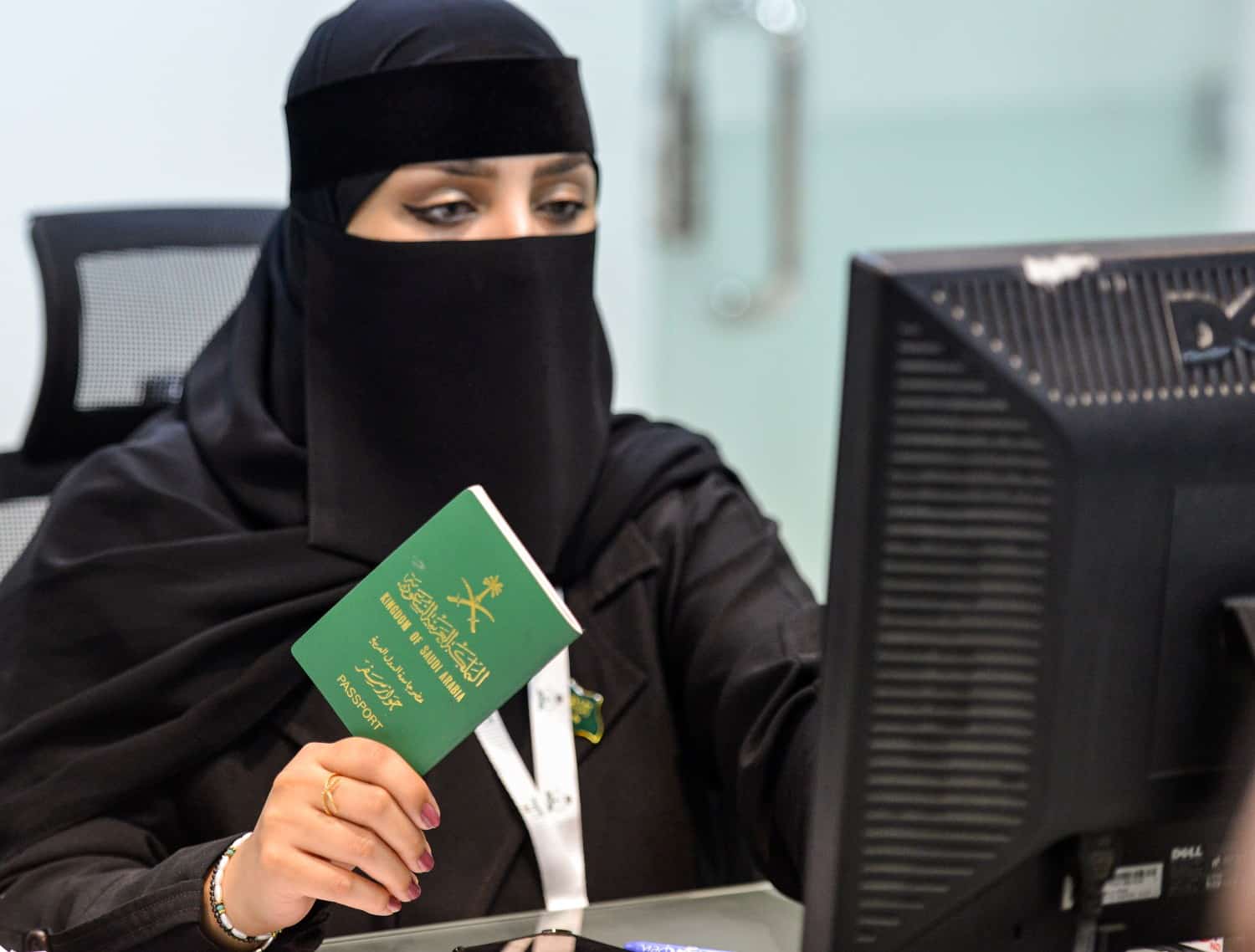 An employee checks a newly-issued passport at the Immigration and Passports Centre in Riyadh. AFP

Electronic passports are a norm now, with more than 100 countries having adopted it across the world. In the MENA region, too, many countries are involved in the drive to replace the old document with a newer one in order to enhance security and make international travel easier.

An epassport contains an electronic chip that holds the same information as printed on the passport’s data page: the holder’s name, date of birth, and other biographic information. An e-passport also contains a biometric identifier.

In the MENA region, many countries are involved in the drive to replace the old passports with a newer one in order to enhance security and make international travel easier.

In contrast, those Arab countries don’t have a microchip in their passports are Bahrain, Egypt, Iraq, Jordan, Libya, the Palestinian territories, Syria, Tunisia and Yemen.

The Covid-19 pandemic has disrupted global travel, which led to a total decline in the strength of passports globally. Despite this, the UAE Ministry of Interior began issuing electronic passports to Emirati citizens in compliance with international technical and security requirements after the country’s passport topped the Arab world’s most influential list last year.

Until the beginning of 2020, and before the pandemic, the Emirati passport held first place globally in terms of strength, according to the international classification on the “Passport Index,” since its rise to first place in December 2018.

But despite these difficulties, the UAE passport is still one of the strongest in the world. It gives its holder access to 153 countries, 99 without a visa and 54 with a pass upon arrival or an e-visa.

UAE’s vision aims to make the country one of the best in the world by the golden jubilee of the union, which prompted the Ministry of Foreign Affairs to launch the initiative of the UAE passport force.

The passport force allows citizens to travel to any country in the world without a visa.

As of February 20, 2022, Saudi Interior Minister Prince Abdulaziz bin Saud bin Nayef introduced a new electronic passport with an embedded chip that will increase security for passport holders’ data and photos. It will also allow them to verify and automatically read the passport through smart gates at international airports and border controls.

The new passport consists of 48 pages, and each page contains a historic landmark, including the oil well “No. 7”, responsible for significant economic benefits in the past years.