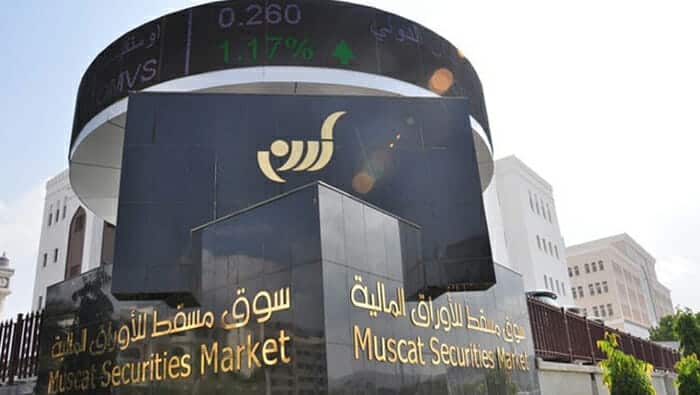 The Muscat Stock Exchange closed on Wednesday, up 0.17%, or 6.9 points, from the previous trading session, which amounted to 3,947 points, after Cyclone Shaheen forced its closure last Sunday and Monday.
The Omani index increased Wednesday (October 6, 2021) to 3,954 points. Still, the trading volume fell by 43 percent to US$ 4.16 M from US$ 7.2 M, the previous session.

The increase in international oil prices contributed to the Saudi stock market’s historic rise, despite Gulf investors’ concerns about the region’s economic slowdown and high inflation.

PHOENIX POWER and Bank Muscat had 2.1 percent gain on Wednesday, with Oman Qatar Insurance rising by 2.3 percent. At the same time, AlAnwar Investments and Bank Dhofar increased by 0.8 percent. In contrast, the most significant losers were Oman United Insurance (down 4.44 percent), Jazeera Style Production (down 1.6 percent), and AlJazeera Services (down 1.5 percent).

Muscat’s Financial Index increased 0.05 percent, while losses were reported for the industrial index of 0.15 percent and the services index of 0.04 percent.

As a result of the arrival of Shaheen Cyclone, the Omani trading market saw a divergence last week, settling at 3,929 points on September 26..

The Muscat Stock Exchange was closed for four days before reopening on Tuesday, resulting in a 0.1 percent increase.

With winds up from 120 to 150 kilometers per hour and seas as high as ten meters high, Cyclone Shaheen slammed the Sultanate of Oman on September 3. According to the official Twitter account of the Sultanate of Oman’s National Center for Emergency Management, Shaheen killed 11, including a kid, during the storm’s powerful winds and heavy rainfall.

This week, Standard & Poor’s changed its outlook for Oman from stable to positive, reaffirming its B+/B credit rating due to the policies and procedures implemented by Omani authorities in reaction to the COVID-19 pandemic’s effects on economy and health. The report also mentioned that the Sultanate’s credit rating might improve next year if the economic activity grows rapidly enough to enhance financial results and reduce net government debt.

According to the Ministry of Finance’s announcement in July, the Sultanate of Oman has run a US$ 2.3 bn budget deficit since the start of 2021 due to low oil prices and a drop in oil production.

On the other hand, the International Monetary Fund expects Oman’s economy to recover and grow by 2.5 percent at the end of 2021, thanks to a targeted increase in oil and gas production and the positive impact of vaccine distribution.

When oil and gas revenues rise, and the Sultanate makes tax cuts, the budget deficit would likely shrink this year to 2.4 percent of GDP before turning into a surplus in the medium term, the International Monetary Fund predicts.