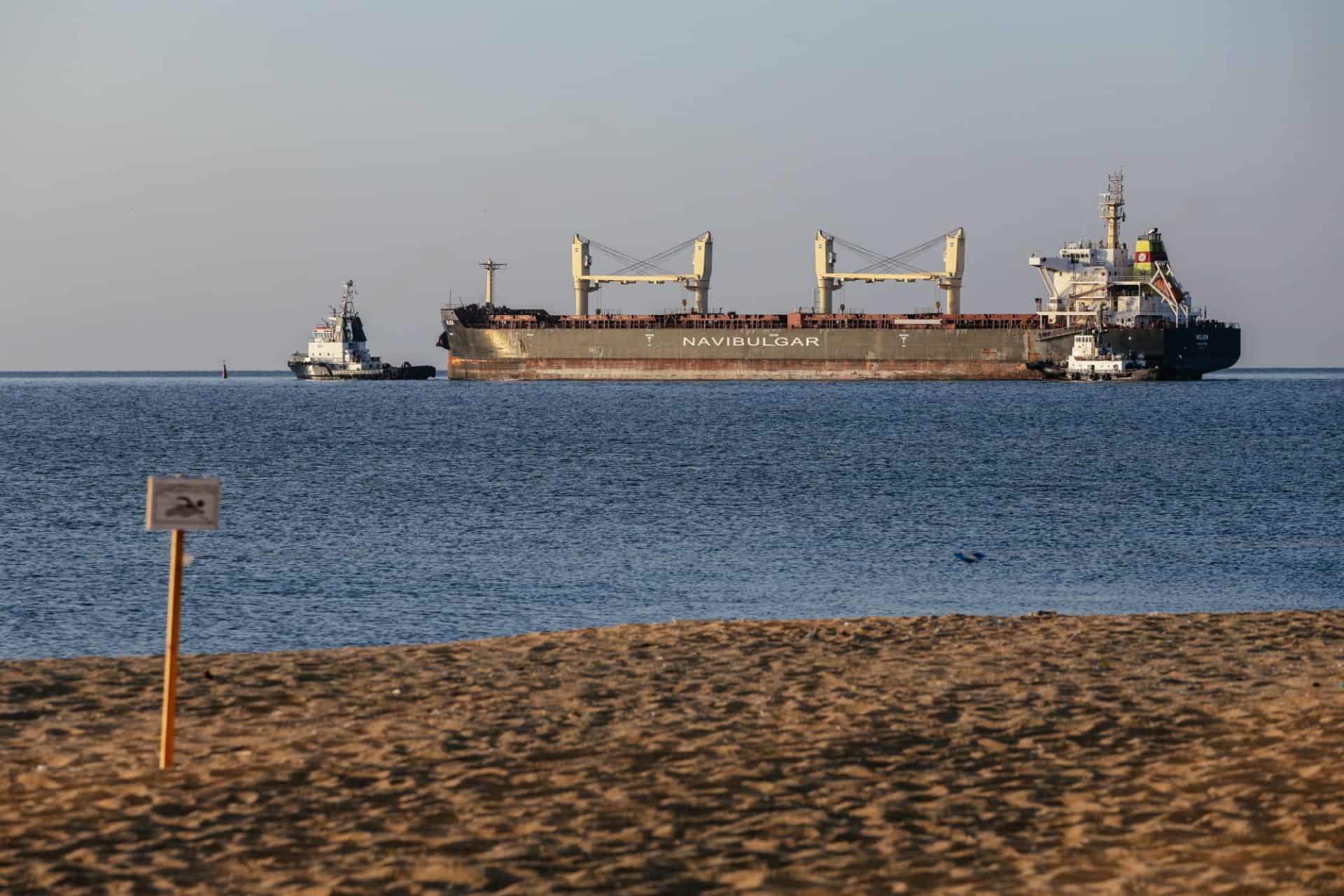 The Panama-flagged Navistar left Odessa for Ireland with 33,000 tons of grain, it said.

And two ships left the port of Chornomorsk the Malta-flagged Rojen headed to Britain with 13,000 tons of grain, and the Turkish-flagged Polarnet sailed towards Turkey with 12,000 tons of grain.

An empty Barbados-flagged ship, the Fulmar, was headed to the port of Chornomorsk to be loaded with grain, it said.

Moscow and Kyiv agreed in Istanbul last month to resume shipments of wheat and other grain from Ukrainian ports for the first time since Russia invaded its neighbor in February.

The first ship, loaded with 26,000 tons of maize, set off from Odessa on Monday for the Lebanese port of Tripoli.

The Sierra Leone-flagged Razoni was cleared for passage through the Bosphorus Strait by a team that included Russian and Ukrainian inspectors on Wednesday.

The ship’s passage is being overseen by an international team that includes officials from Turkey, the United Nations and the two warring parties.

The team said in a statement the first ship’s successful passage offered “proof of concept” that the agreement can hold.

Russia and Ukraine are major suppliers of wheat and other grain.

The halt of almost all deliveries from Ukraine has sent global food prices soaring, making imports prohibitively expensive for some of the world’s poorest nations.