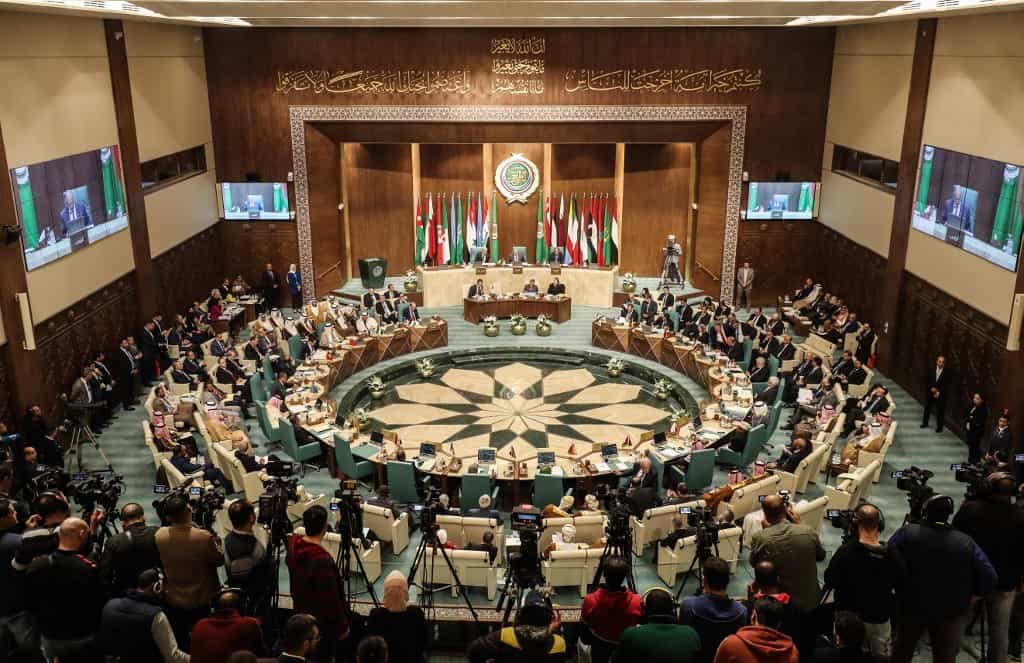 FOR REPRESENTATION PURPOSE ONLY (File/AFP)

The Arab League will meet Monday to discuss Russia’s invasion of Ukraine.

Hossam Zaki, the Cairo-based organization’s deputy head, told AFP the session will be held at the level of foreign ministers.

The United Arab Emirates, a non-permanent member of the UN Security Council, abstained Friday in a vote on a resolution, vetoed by Moscow, demanding Russia withdraw its troops from Ukraine.

Syria, Algeria and Sudan, for their part, are linked to Russia by military accords.

A number of Arab countries are heavily dependent on wheat supplies from both Ukraine and Russia, and any shortages of the staple grain have potential to stir unrest.

If those supplies are disrupted, raising bread prices, “the Ukraine crisis could trigger renewed protests and instability” in the region, according to the Washington-based Middle East Institute.

On the humanitarian front, thousands of Arab students became stranded in Ukraine — many of them having already fled violence back home — and have been appealing for help in escaping the crisis.