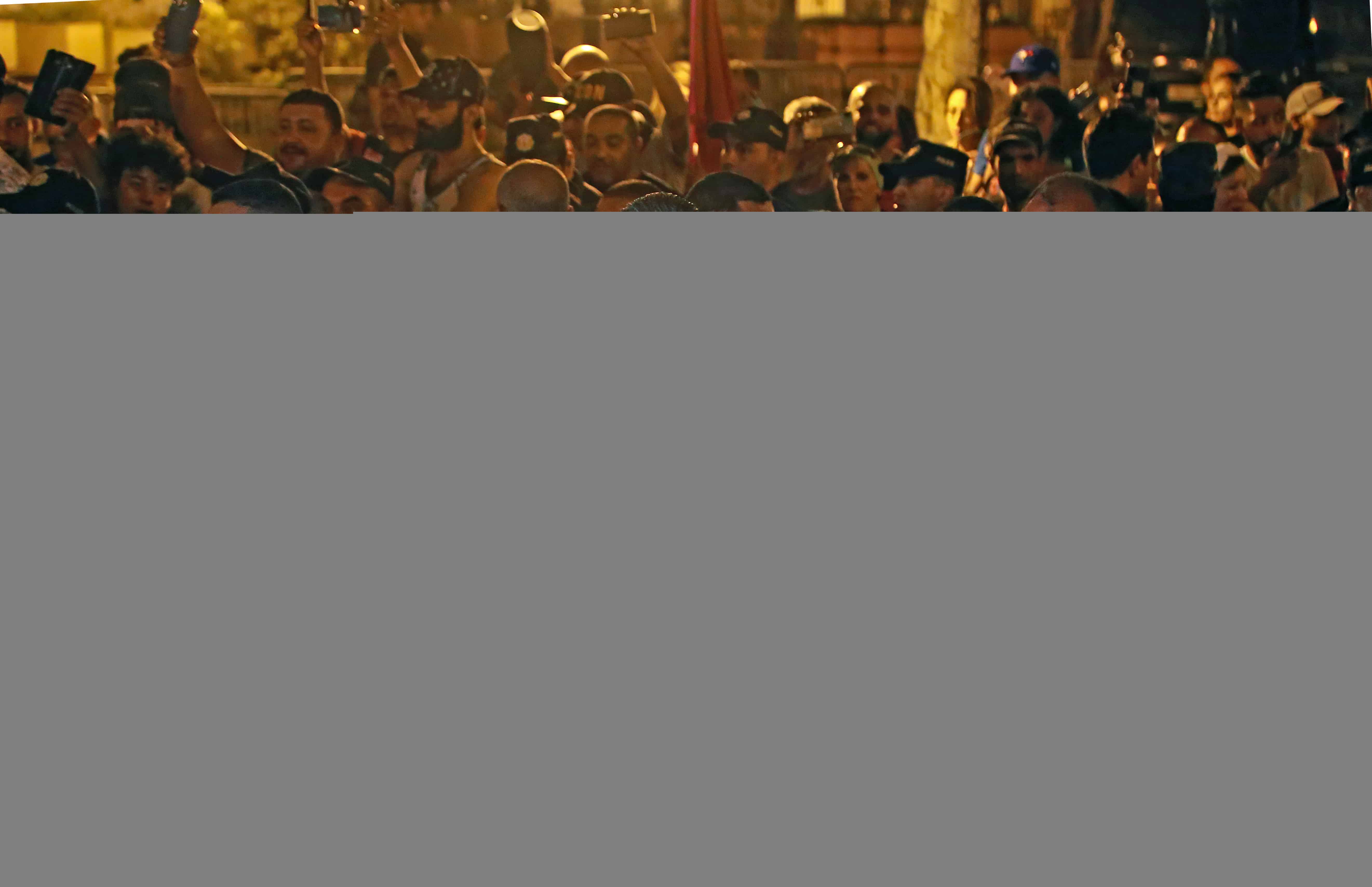 President Kais Saied with his supporters in the capital Tunis. (AFP)

An attempt by several Tunisian police officers to interrupt a popular comedian’s show, arguing it violated “moral standards”, has sparked fears of a return to censorship seen under the former dictatorship.

Lotfi Abdelli, also an actor who is known for his edgy performances, was at a festival in the coastal city of Sfax on Sunday when police officers securing the event tried to stop his show.

The police move came after a scene in which Abdelli criticized the authorities and the police, repeatedly brandishing his middle finger.

The 52-year-old called on the crowd to act as witnesses to the “hostile” behavior of “three police officers” whom he accused of throwing water bottles at him.

Abdelli was able to finish the rest of his performance.

Many Tunisians have since expressed fears of a return to the kind of censorship and repression seen under dictator Zine El Abidine Ben Ali’s rule, when such satirical shows would not have been authorized.

A police union on Tuesday posted “the scene of the show that irritated us” on its official Facebook page, apologizing for publishing “such triviality” and “nonsense”.

An interior ministry official told AFP on Tuesday that two officers had filed a complaint against Abdelli for “violating moral standards”.

Requesting anonymity, the official said the police union’s statements “do not in any way represent the official position of the authorities or the interior ministry”.

The interior ministry published a statement underlining that its “position is only communicated by official bodies” and that its “duty is to ensure citizens can exercise their public and individual liberties in the framework of that which is authorized by law”.

Bassem Trifi, a lawyer and human rights activist, said the police officers’ move had set a “dangerous precedent”, warning such intervention was the sign of a “police state”.

“The censure exercised by the police is an assault on the freedom of expression… guaranteed by the constitution,” he said Tuesday on Facebook.

In July last year, President Kais Saied staged a power grab against parliament and has since been further tightening his grip.

His supporters say his actions were necessary to fix a system they blame for a decade of bad governance, but civil society groups and Saied’s opponents have expressed fear of a slide back to authoritarianism.

The country’s SNJT journalists’ union meanwhile said reporters who filmed the police “attack” against Abdelli had been the target of “aggression”.