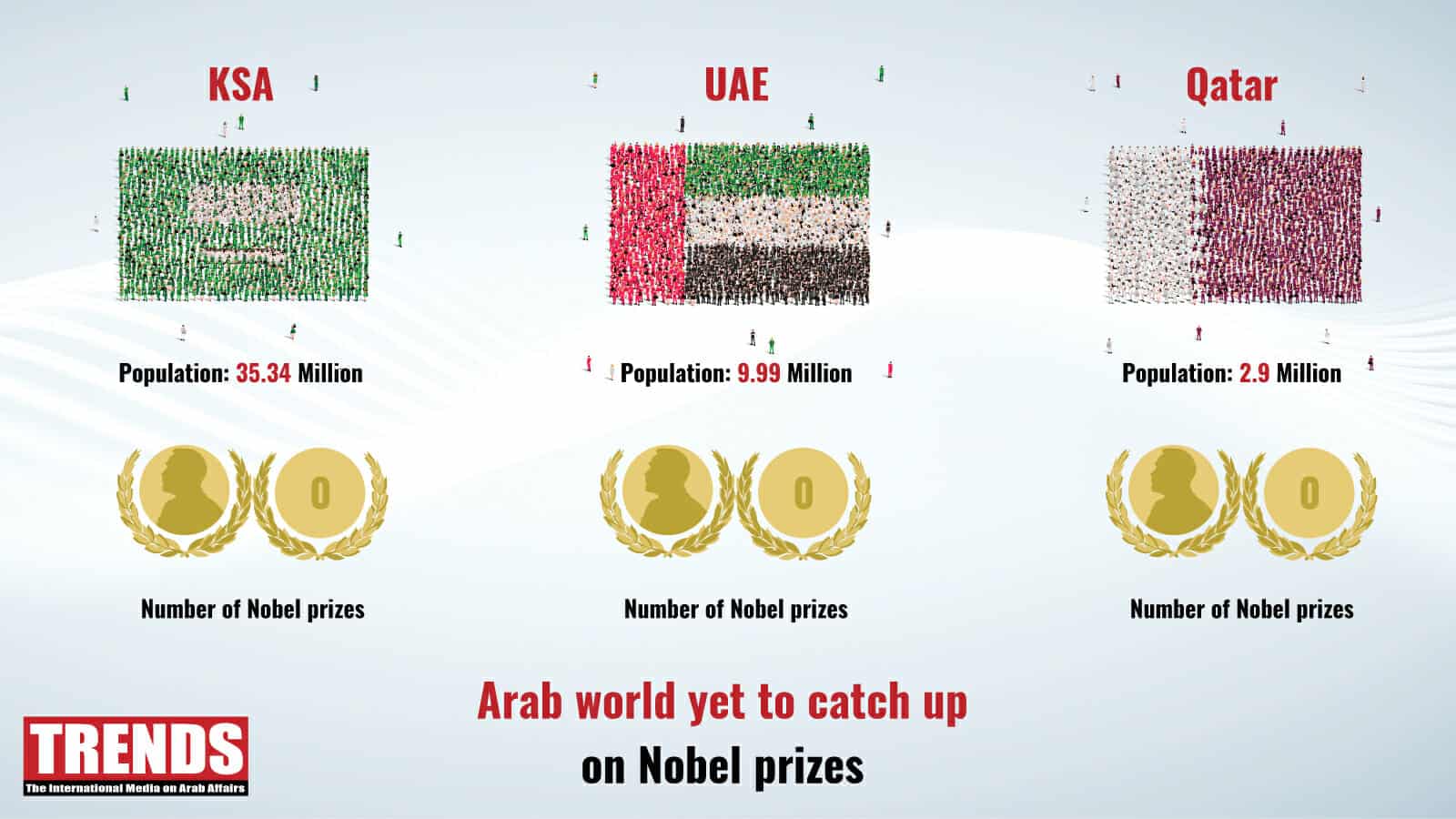 Some of the wealthiest and most developed nations in the region are yet to produce a Nobel laureate.

Egypt and Algeria have the largest number of Nobel winners in the Arab world, while some of the wealthiest and most developed nations in the region are yet to produce an awardee of the coveted global prize.

Egypt has four Nobel laureates and Algeria has two. On the other hand, Saudi Arabia, Qatar, and the United Arab Emirates are yet to produce a winner of the Nobel Prize.

Overall, the United States has the largest number of Nobel winners over the years, with the count standing at 333.

Here’s a quick comparison of how Arab-world countries compare with nations with a similar population size and their total number of Nobel Prize winners in various fields: