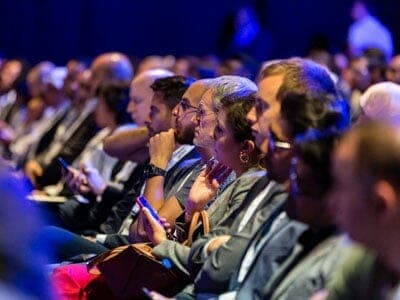 During the event, the Arab Federation for Digital Economy announced its strategic initiative, The Arab Digital Economy Award, which covers topics of digital payments, Fintech etc,

Seamless Middle East 2021, a two day  event which is a part of the Joint Arab Vision for the Digital Economy was launched in Dubai on September 29 by the Deputy Prime Minister and Minister of the Interior Lt. General Sheikh Saif bin Zayed Al Nahyan in the presence of Secretary-General of the Arab League Ahmed Aboul Gheit.

The event, sponsored by the Arab League and organised by Terrapinn, was held at the Dubai World Trade Centre (DWTC).

Participants in the event included a number of international institutions and organisations, such as Harvard University, the UN and the World Bank.

The Federation also launched an initiative to establish advanced data centres across the Arab region. One of the flagship initiatives launched under the Joint Arab Vision for the Digital Economy, it aims to enable developing Arab countries to develop digital infrastructure, develop and manage cloud services to drive their digital transformation in all economic sectors, reduce capital and operational expenditures and provide alternative solutions to cut down energy consumption and provide hosting solutions.