UAE set to rake in millions from cricket 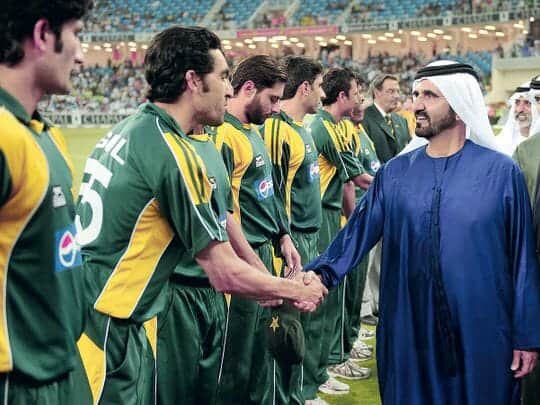 The Arab world doesn’t have a single national cricket team competing at the international stage, yet the absence of it doesn’t stop it from hosting an international cricket tournament. Come November, the Untied Arab Emirates will be hosting the T20 World Cup, with as many as 16 teams expected to compete in the tournament. The sport is expected to bring in millions of dollars in broadcast rights, advertisements, packed stadiums of Pakistani and Indian fans, and arrival of cricket fans into the country to watch matches.

It will be followed by  a 90-ball tournament organized by the Emirates Cricket Board (ECB).

But before it all , the remaining 31 matches of the Indian Premier League (1PL) 2021, which could not be held in India due to the rapid spread of the second wave of COVID-19, will also be held in the UAE mid-September.

Last year too, the BCCI organized the IPL 2020 matches in the UAE and reportedly paid some US$14 million to the ECB for the full tournament. Since only 31 matches are to be held this year, the amount may not be the same.

However, the hospitality industry and the aviation sector in the UAE stands to gain as 14 five-star hotels were fully occupied during IPL 2020 season in the country. The international players in the IPL franchises have to be flown from their respective countries to take part in the tournament.

With each room costing around US$163 (AED600) per night for 53 days, the hotels in Abu Dhabi, Dubai and Sharjah, earned good revenues. This year too, the hotels and logistics are expected to do good business as close to 700 people including players, supporting staff, officials and representatives of the franchises will be present.

According to a report, the UAE got around US$40 million when the IPL was held for the first time in the country in 2014 as India was busy with general elections. However, only US$25 million was realized in 2020 due to various factors such as no cheering crowds.

Coming to the T20 World Cup, 16 teams are participating in this tournament in two stages comprising 45 matches. The first round of the T20 World Cup will be played in two groups, one in the UAE and one in Oman.

It would involve eight teams – Bangladesh, Sri Lanka, Ireland, Netherlands, Scotland, Namibia, Oman, Papua New Guinea – playing in two groups of four. The top two from each group would join the eight top-ranked T20 teams in the “Super 12s” round.

Each team is allowed to have 30 players and with others, around 1200-1300 people will be taking part in the event. If crowds are allowed to watch the games following COVID-19 protocols, the businesses and the organizers will have their hands full.

The games will be played at Dubai International Stadium, the Sheikh Zayed Stadium in Abu Dhabi, the Sharjah Stadium, and at the Oman Cricket Academy Ground in Muscat.

More than revenues, the ECB with its world class infrastructure will establish itself as one of the best venues to host international sporting events in the coming years.

The ECB will also be hosting a 90-ball tournament, for the first time, soon after the conclusion of the T20 World Cup. Named “Ninety-90 Bash,” it will be held in the Sharjah cricket stadium.

The tournament would be organized by the ECB, in partnership with Sharjah-based company Century Events and Sports FZC, which was involved in the successful hosting of the Abu Dhabi T10 tournament.

In all, six teams comprising international players will participate in the inaugural version and details are being worked out.

According to cricket news website Cricbuzz, ECB general secretary Mubashir Usmani said IPL teams, Indian businessmen and Bollywood stars had expressed interest in investing in the franchises. Usmani said the salaries on offer for cricketers would “match with the best of the leagues in the world, if not IPL standards.” The report said.